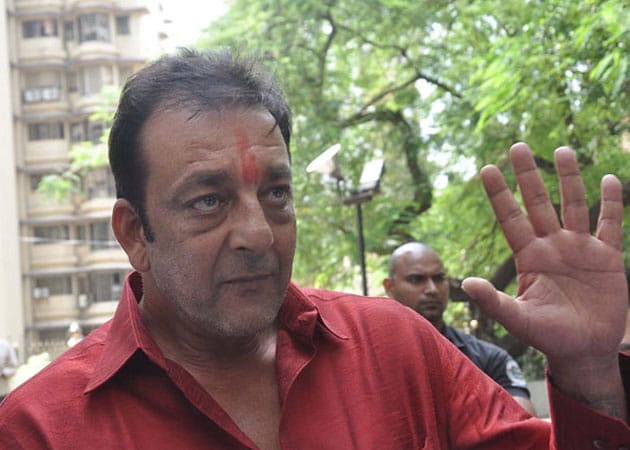 Sanjay Dutt had earlier been sanctioned leave for 28 days in October.

Actor Sanjay Dutt has been granted another month's leave from Pune's Yerwada Jail, after spending all of October at home in Mumbai.

Actor Sanjay Dutt has been granted another month's leave from Pune's Yerwada Jail, after spending all of October at home in Mumbai.
Mr Dutt applied for parole on the grounds that his wife Maanyata was unwell. His parole application was sanctioned by Pune's Divisional Commissioner.
On October 1, Sanjay Dutt was granted two weeks leave on medical grounds, which was later extended by another two weeks.
He returned to jail on October 30 and told news agency PTI: "I still have a problem in my legs but it is a bit better than before. Pray for me so that I can come out soon. Happy Diwali to all."
Jail authorities maintain that a prisoner has the right to claim leave in cases of emergency or as per their right according to the jail manual.
The 53-year-old actor is serving the remaining 42 months of his sentence for illegally possessing arms in a case related to the 1993 Bombay blasts. Earlier this year, he was convicted by the Supreme Court and sentenced to five years in prison. He has already served 18 months of his term.