Actors aiming for a second innings in Bollywood 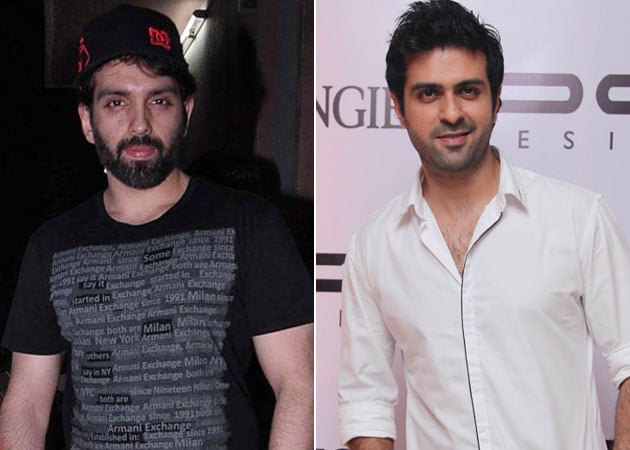 Bollywood boys like Luv Sinha and Harman Baweja, whose past films bit the dust at the box office, are up and about to try their luck on the big screen once again.

Bollywood boys like Luv Sinha and Harman Baweja, whose past films bit the dust at the box office, are up and about to try their luck on the big screen once again. They sport a new look, have beefed up and have films with fresh scripts.
Luv's debut film Sadiyaan: Boundaries Divide... Love Unites was released in 2010. Expectations from him were high as he is veteran actor Shatrughan Sinha's son, but neither the audiences nor the critics were too impressed.
The young actor is nevertheless giving his all to his comeback - a film by Umesh Shukla and another by Ekta Kapoor. He looks in better shape, and is raring to go.
"When Luv did Sadiyaan, he wasn't so prepared and that's why he took a three-year break. Now Umesh Shukla's yet-untitled political thriller will be like an official relaunch for him and he has worked very hard for his look," a source close to Luv told IANS.
"He has also involved himself deeper into the project, and provided creative inputs as well. He has made a conscious effort to take the right films on, and 2014 looks exciting for him," said the source.
A case of once bitten, twice shy, is it?
Luv's case looks similar to Harman's story. Following duds like What's Your Raashee?, Victory and Love Story 2050, he seems to be resurrecting his acting career with Raj Kundra and Shilpa Shetty's debut home production Dishkiyaaoon.
The action thriller also stars a heavyweight like Sunny Deol, but the spotlight seems to be on Harman if one goes by the film's first teaser poster, which partly shows the younger actor but gives a sneak-peek to his newly-built perfect set of abs.
Sources close to the movie are tight-lipped about the project, but one is hoping the movie will give him a new lease of life in Bollywood.
Film historian SMM Ausaja says: "It's very tough to mark a successful second innings after a failed first one, but actors have to be realistic, less narcissistic and should know their own value to be able to reinvent".
"For actors who don't see success in the first phase, it's important they accept where they fail and attempt a completely new avatar on-screen, something that does justice to their talent within an interesting script," Ausaja told IANS.
That's what our young boys seem to be doing. Whether they get it right or not is something one has to wait and watch. There are also names like Adhyayan Suman, Ruslaan Mumtaz and Sachiin Joshi that can be counted in the list of male actors attempting a second innings in tinsel town.
Adhyayan, who still made a mark with his second film Raaz: The Mystery Continues, will now be seen in Heartless which has been directed by his father Shekhar Suman. Adhyayan has prepared for his role in the medical thriller for two years.
"He looks a lot different in Heartless. In fact, a lot of people have asked me, 'Why wasn't this his first film?' But I believe everything happens when the time is right for it," Shekhar, a veteran actor himself, told IANS.
Sharing a valuable advice for all young actors, Shekhar also said: "You need to keep your nerves intact in this industry; you can't be negative. Everytime you fall, you have to rise and move again." That's what even Sachiin, who has earlier featured in films like Aazaan and Mumbai Mirror, has been doing. In dire need of a jackpot at the box office, the actor is well, at least trying for it with Kaizad Gustad's forthcoming film Jackpot. His director has high hopes from the film.
"I hope this film does well for Sachiin. I can't comment on whether it will turn out to be his best film or not, but, yes, there is some positive buzz about the film and the audience will decide its fate. As far as Sachiin is concerned, he is a very natural actor and he is open to criticism," Gustad told IANS.
There's also the now small screen loverboy Ruslaan Mumtaz. After featuring in titles like MP3: Mera Pehla Pehla Pyaar, Teree Sang: A Kidult Love Story and I Don't Luv U, Ruslaan took the plunge into the world of TV with Kehta Hai Dil Jee Le Zara. The show has worked well for Ruslaan, who has recently signed a comedy film, Romeo Idiot Jathani Juliet. Who knows it may mark a new beginning for him in the film world?