Asin flew a sea plane. She posted snippets from her journey on Instagram and they look super thrilling 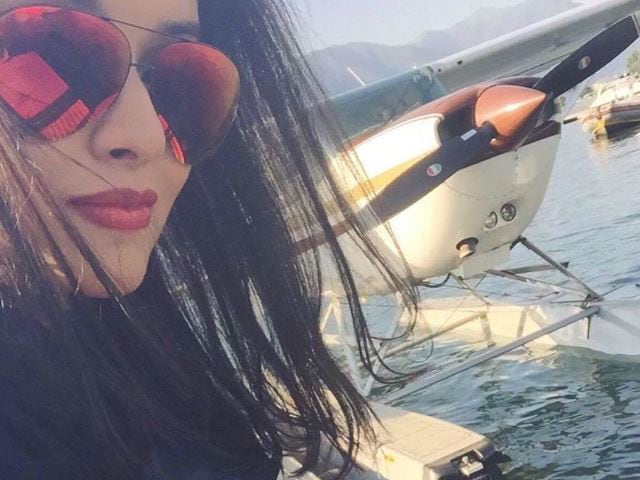 Asin is making the most of her holiday in Italy. Her latest adventure started on Wednesday at the Aero Club Como, near Lake Como. The 30-year-old actress flew a sea plane and posted snippets from her journey on Instagram - they look super thrilling. With Sergio as her co-pilot-cum instructor, here's how Asin reached cloud #9:


This happened!! I got to fly this beauty here! #cooldoesntevenbegintodescribeit #aeroclub #seaplane #como #Italy #summer2016


And we are ready to land What an exhilarating 30 mins of my life! #seaplane #aeroclub #Como #Italy #Summer2016

She shared a 'breathtaking view of Italy':

Soon after landing, Asin clicked a selfie with her co-pilot:

Some Italian Job, this.
Here are some more pics from her vacation:

Asin married Micromax co-founder Rahul Sharma in January this year. After her wedding, Asin announced that she was on a break and has "stopped taking up any assignments. I'm not doing that (work) at this stage."
Asin has starred in Bollywood films like Ghajini, Khiladi 786, Ready and Bol Bachchan. Her last film was 2015's All is Well.