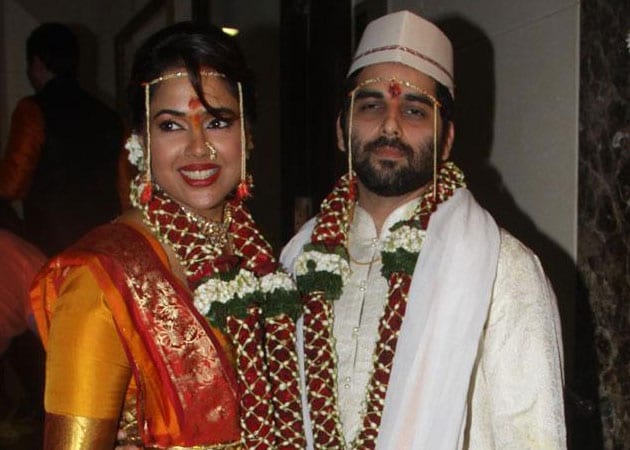 The couple have reportedly been dating for two years.

Actress Sameera Reddy married businessman Akshai Varde on Tuesday (January 21) in a grand ceremony in Mumbai.
Akshai, the the co-owner of Vardenchi motorcycles, and Sameera have reportedly been dating for two years and got engaged in a private ceremony in December last year.
The groom rode up on a bike instead of a traditional horse and was greeted by the bride's sister, model and actress Sushma Reddy. Sameera wore a yellow and red sari by designer Neeta Lulla and Akshai wore the traditional Marathi groom's cap. The wedding, a private affair, was reportedly attended by Kingfisher chief Vijay Mallya and designer Nishka Lulla.
The sangeet and mehendi ceremonies took place on January 20.