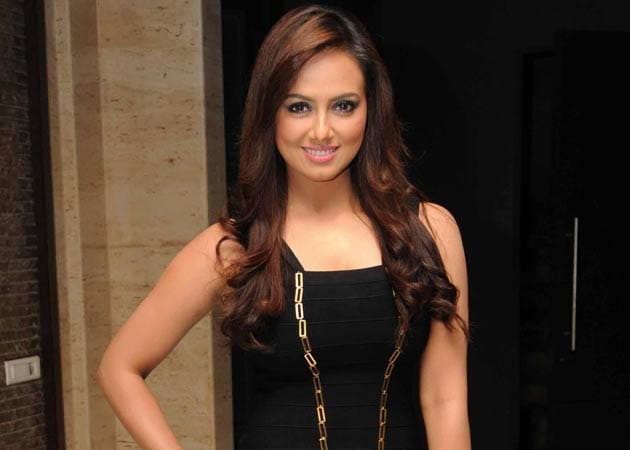 Sana Khan will be seen on the silver screen in Salman Khan?s film Mental

Actress Sana Khan, who is playing the female lead in Salman Khan starrer Mental, has been declared absconding after she was charged with alleged attempted abduction of a 15-year-old girl for rejecting her cousin's marriage proposal, police said today.

Actress Sana Khan, who is playing the female lead in Salman Khan starrer Mental, has been declared absconding after she was charged with alleged attempted abduction of a 15-year-old girl for rejecting her cousin's marriage proposal, police said today.
Navi Mumbai police have already arrested four persons--Sana's cousin Naved Khan (22) and his three friends Kshitij Dubey (22) and Vismit Ambre (23) and a 17-year-old boy minor-- in the case.
Hunt is on to trace the 25-year-old actress, said Panduranga Sawant, inspector at Turbhe police station here.
"Our teams had also gone to the residence of Sana in Mumbai but she was not there," Sawant told PTI.
As Sana has gone into hiding, Mental's shooting schedule has reportedly got disrupted.
According to police, the victim studying in ninth standard had befriended Naved on social networking site Facebook in November last year. Later they started meeting.
After a few months, Naved proposed marriage to her but the girl refused. However, Naved kept pursuing her when she stopped meeting him and discontinued her FB account.
"On April 30 evening, when the girl was returning home in Sanpada, Naved stopped her at Mora circle area. He was found accompanied by three of his friends and Sana, who was at the wheel of a BMW car," said Sawant.
Naved and his friends tried to drag the girl into Sana's car, but she managed to free herself and ran towards her house, Sawant added.
Sana, Naved and his friends were already at her house when the victim reached home, where they had a heated argument before leaving.
"The girl's mother subsequently approached us on May 1 and lodged a complaint. The four boys were arrested on the same day while Sana is wanted in the case," Sawant said.
Sana and the arrested accused were charged under IPC sections 341 (Punishment for wrongful restraint), 366 (Kidnapping, abducting or inducing woman to compel her marriage) 452 (House- trespass alter preparation for hurt, assault or wrongful restraint), 504 (Intentional insult with intent to provoke breach of the peace), 506 (Punishment for criminal intimidation), and 511 (Punishment for attempting to commit offences punishable with imprisonment for life or other imprisonment).
Sana has featured in TV commercials with Salman,Akshay Kumar and Hrithik Roshan. She also participated in the last season of reality show Bigg Boss, hosted by Salman