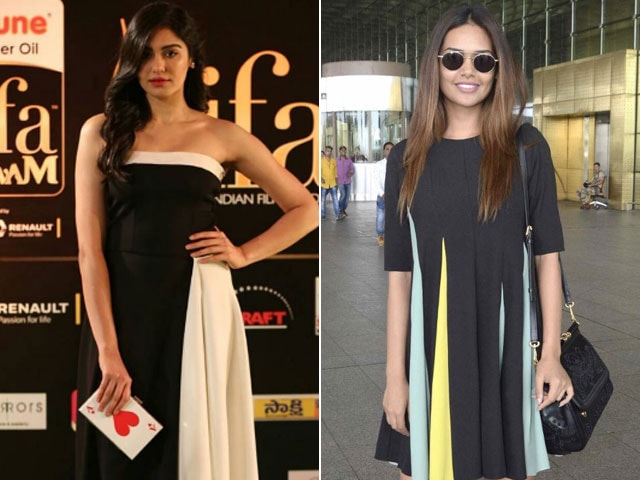 Image on the left was posted on Instagram by adah_ki_adah.

Actress Adah Sharma said that she is looking forward to work with Esha Gupta in Commando 2.
Adah spoke about filming Commando 2 with Vidyut.
"I have shot only with Vidyut till now. I am looking forward to shoot with Esha as well," said Adah.
The sequel has been produced by Vipul Amrutlal Shah. Vipul said that after Vidyut's high-octane action sequences in Commando, the makers are trying to give a romantic angle to his character and that is the reason why they have cast two heroines.
"The shooting has begun. I finished 24-25 days of shoot in Mumbai. Now we are going to Malaysia to shoot and the training for action sequences is going on," said Adah.
Adah has featured in films like 1920 and Hasee Toh Phasee and will also be seen in Ranbir Kapoor and Katrina Kaif's Jagga Jasoos.