Aditi Rao Hydari: Don't Have the Privilege of Getting Roles Written for Me 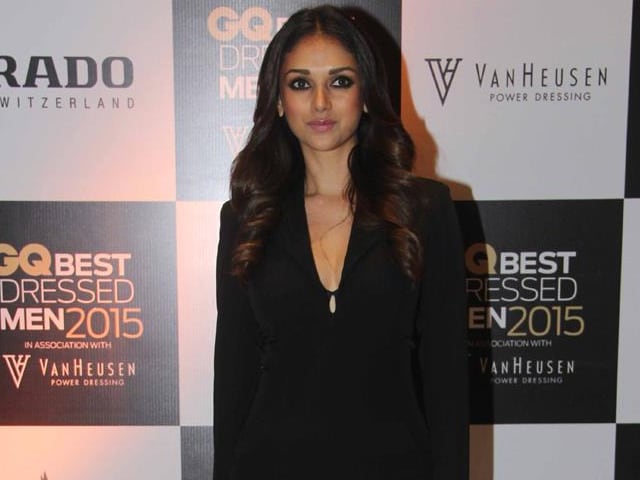 Aditi Rao Hydari at an event in Mumbai.

"I have been lucky that good people have chosen me to be a part of their films and I am really grateful," said Aditi Rao Hydari

Actress Aditi Rao Hydari said that she wants to collaborate with good directors as being an outsider she does not have the privilege to get roles written for her.
"I want to work with good people and good directors. I don't have the privilege of choice to say 'I want to work with you' and the person will say, 'Yes, come on, I will write a film for you.' It doesn't happen for people like me who come from the outside," she told PTI here.
Aditi made her Bollywood debut in a supporting role in Rakeysh Omprakash Mehra's Delhi 6 in 2009, and feels "lucky" that she has been a part of good films.
"I have been lucky that good people have chosen me to be a part of their films and I am really grateful. This fills me with a sense of positivity and there is so much to look forward to," she said.
The actress, who has struck a balance between glamorous roles in movies like London Paris New York, Boss and performance-driven characters in Yeh Saali Zindagi and Rockstar, said she does not want to get pigeon-holed in a particular image.
"I want to do different things. I don't want to be stuck in the 'sweet girl' box. I don't want to be stuck in the 'oh she is so glamorous' box. I want to be brought into a film for more than that. I hope I bring more to the table than just a face and a fit body. But it is not a conscious decision. I don't have a method, I don't overthink things. Even on set I switch-on and switch-off. I could be bawling and the next minute I could be jumping. I work like that. I am a five-year-old kid in my head."
The actress said she was fortunate to do films which were more than just "glamorous."
"Even London Paris New York and Murder 3 were films which demanded a lot of work in terms of acting. There was good solid work for me. They weren't just glamorous roles. And I believe there is nothing wrong with being glamorous, nothing wrong with being sexy or feminine," Aditi added.
The actress will be next seen in Jolly LLB director Subhash Kapoor's upcoming comedy film Guddu Rangeela, opposite Arshad Warsi and Kai Po Che! actor Amit Sadh. The film will release on July 3.