"When I read the script, it was like a spicy spin on the story and portrayed Draupadi in a very funky way. Normally we see Draupadi as a strong courageous woman. Here she is funny and playing a character like this, was really amusing," said Aditi Rao Hydari 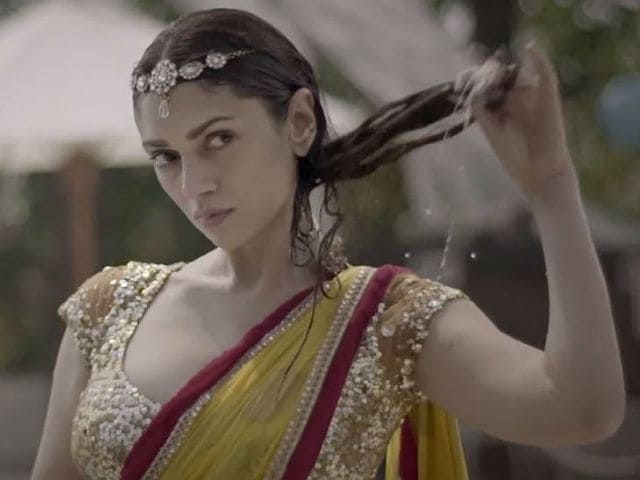 Aditi Rao Hydari in a still from Mama's Boys

Bollywood actress Aditi Rao Hydari says playing Draupadi in Akshat Verma's short film Mama's Boys, a modern take on Mahabharata, was a great fun.
"We all have read Mahabharata. When I read the script, it was like a spicy spin on the story and portrayed Draupadi in a very funky way. Normally we see Draupadi as a strong courageous woman. Here she is funny and playing a character like this, was really amusing," Aditi said at the screening of the film.
"The film is a gen-next Mahabharata. Working in this short film was absolute fun. I couldn't stop myself from laughing constantly at the set. I think I gave them a really hard time," the actress added.
"One can see a story from a different angle. Moreover, if you go deeper into it what he (Akshat) wants to say comes out to be absolutely right. So I feel giving it a lighter version is really entertaining," the Murder 3 actress said.
Sharing her experience of working with actress Neena Gupta who plays Kunti in the film, Aditi, 29 said, "She is an amazing actress. Actually, she was the cause of my laughter. She was delivering hilarious dialogues in a deadpan face. The way she says her line is insane. I don't know how she does that. It seems so simple for her," she said.
The short film also stars Arunoday Singh, Vivaan Shah and Jim Sarbh, and it is a hilarious take on the epic mythology. Akshat Verma who is credited with making movies like Delhi Belly, Ek Main Aur Ek Tu and The Ode has directed the film.
Of her upcoming projects, Aditi said, "I am currently shooting for Mani Ratnam sir's film which is like a dream come true for me. I can't tell you too much about it as we are in the middle of the shooting. Apart from that, I've Sudhir (Mishra) sir's film which is ready. Hopefully, it will release soon and not get stuck in the kind of things that happen with films."
Aditi's next with Sudhir Mishra is again a modern and a different take on Devdas.
(This story has not been edited by NDTV staff and is auto-generated from a syndicated feed.)