Aditi Rao Hydari: Something Wrong With People Who Are Not Feminist

Aditi Rao Hydari said that she doesn't understand why the term 'feminism' is taken negatively. "Being a feminist should be considered normal," said Aditi Rao Hydari 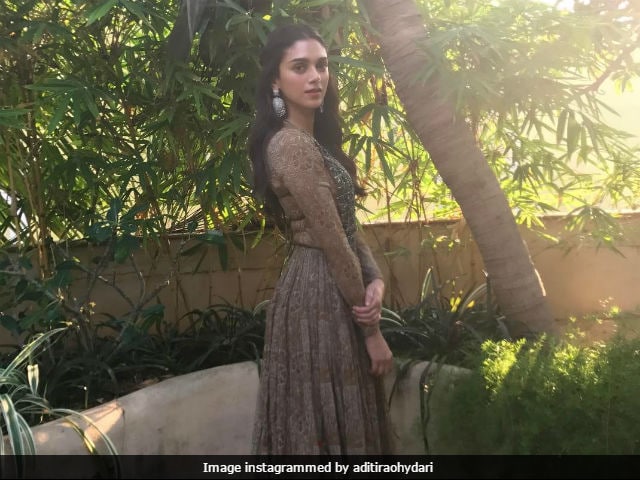 Actress Aditi Rao Hydari recently finished shooting for Omung Kumar's Bhoomi, starring Sanjay Dutt. In an interview to news agency PTI, the 30-year-old actress said that she doesn't understand why the term 'feminism' is taken negatively. "Every normal person today should be a feminist. Being a feminist should be considered normal. The fact that women make half the world should be respected. Every human is a feminist and if they are not, something is wrong with them. It should be in the upbringing and not looked upon as something unusual," PTI quoted Aditi Rao Hydari as saying.
The Murder 3 actress also stressed upon the importance of financial independence for women, calling it as one of the 'prime-steps towards self-empowerment.' "Financial independence is very important. It gives you a confidence to believe that you don't have to depend on anybody practically. When you start working and earning your money, it gives you a thrill. The fact that I am not answerable to anybody empowers me," Aditi Rao Hydari told PTI.
Aditi Rao Hydari made her on screen debut with 2006 Tamil film Sringaram. She gained popularity with Sudhir Mishra's 2011 film Yeh Saali Zindagi.
Aditi Rao Hydari's last Bollywood venture was 2016 film The Legend of Michael Mishra, co-starring Arshad Warsi and Boman Irani. She will next be seen in Bhoomi, which marks Sanjay Dutt's return to the big screen after a gap of three years. Aditi Rao Hydari will also feature in Sanjay Leela Bhansali's Padmavati, co-starring Ranveer Singh, Shahid Kapoor and Deepika Padukone.
(With PTI inputs)