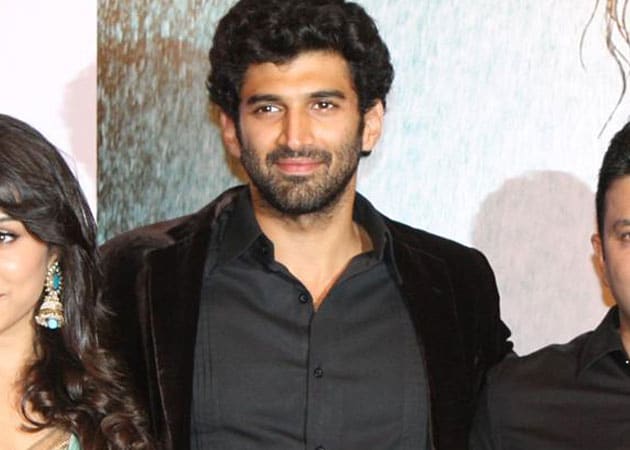 Aditya Roy Kapur will be seen next in Habib Faisal's Daawat-E-Ishq.

Actor Aditya Roy Kapur, who has delivered hits Aashiqui 2 and Yeh Jawaani Hai Deewani, at times feels the pressure of losing his newly acquired stardom.
His first hit film as a solo hero was Aashiqui 2 directed by Mohit Suri. The film, which had newcomers like Aditya and Shraddha Kapoor in the lead roles, reportedly earned Rs 100 crore at the box office.
Another hit film was Ranbir Kapoor-Deepika Padukone starrer Yeh Jawaani Hai Deewani, in which he was seen in a supporting role. This Karan Johar-produced film grossed Rs 189 crore at the box office.
"There is certain kind of expectation from me, so in that sense there is pressure. But I don't think about all this. I don't think about how much business my films will make.
"Aashiqui 2 and Yeh Jawaani Hai Deewani were hit films, especially the former film in which I was the protagonist. So somewhere there is something for me to lose. There is some kind of pressure and that I have something to lose now (stardom)," Aditya, 28, told PTI in an interview here.
"I am getting more recognition from people. Things have definitely changed after the success of these two films. I don't know if all this means that I am a star."
Aditya is now receiving lots of offers, but he says he will take his own time before accepting a project.
"There are lots of offers that I am getting. I can't complain. At times it is hard to say no to a film but that happens, because you can't do a film due to date issues," Aditya said.
"I have always been choosy and will continue it that way. I want to take time to do films. My focus is to make right decisions and do quality work," he said.
All Aditya hopes for is that his films do well at the box office.
"It is important to be commercially viable and successful. Actors should have a successful mark at the box office. It is business at the end of the day," he added.
In the beginning of his career he had done supporting roles and shared screen space with superstars like Salman Khan, Akshay Kumar, Ajay Devgn. He tries to follow the hard work that these actors put in for their films.
"I get along well with all of them. I do text them once in a while. What I like and learn from them is doing hard work. Even after achieving so much success, they all still put a lot of hard work, give their 100 per cent to a film. They are still committed to their job. I want to be like that," Aditya said.
Aditya will be next seen in Habib Faisal's Daawat-E-Ishq opposite Parineeti Chopra and will romance Katrina Kaif in Abhishek Kapoor's Fitoor.