Aditya Roy Kapur: Would love to do another romantic film 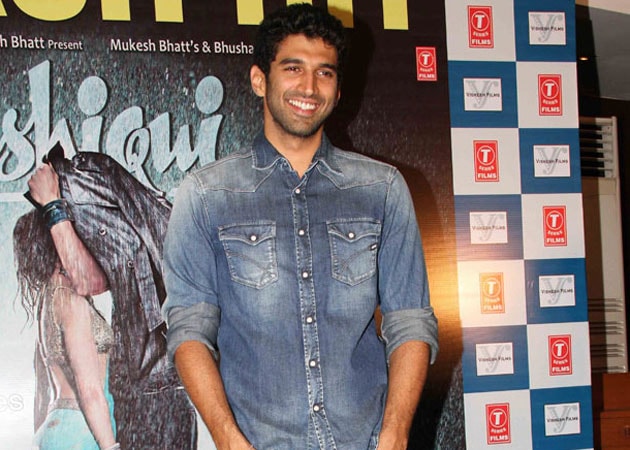 Bollywood actor Aditya Roy Kapur, whose film, Aashiqui 2 has done well at the box office, says that he would like to be a part of another romantic film, but nothing has been finalized at the moment.

Bollywood actor Aditya Roy Kapur, whose film, Aashiqui 2 has done well at the box office, says that he would like to be a part of another romantic film, but nothing has been finalized at the moment.
"Nothing has been planned as of now. But I would love to do another romantic film," Aditya Roy Kapur told IANS.
On how he has been feeling since the release of the film, the actor said that initially he was tense but then relaxed as the film did well.
"It all started on Friday with tension and anxiety and wondering how it will turn out. From then, it went to being more relaxed on Saturday and euphoric on Sunday. It's been quite a journey, but a good one," he said.
The actor is the youngest in his family with producer Siddharth Roy Kapur and actor-director Kunaal Roy Kapur being his older brothers. He is still treated as the baby of the family.
"My family is reacting very well. They all really liked the film. They were all feeling very happy. They find it funny that I am part of such a successful film...I am still the kid in the house, so it is a special feeling," he said.
Kapur is convinced that the film's success will mark a change in his career.
"Once you do a film and it does well, people's perception of you changes. I am sure it would change a lot for me in my career," said the actor who has been a part of films like London Dreams and Guzaarish.
He said that he has been celebrating his success since the release of the film.
"I have celebrated these past few nights. I guess I will continue to do so today as well," he said.
Apart from Yeh Jawaani Hai Deewani, Kapur doesn't have anything else on his plate as of now and is waiting for the right script.
"I am waiting for filmmakers to come up with some interesting scripts," he said.
Directed by Mohit Suri, Aashiqui 2 starred Kapur and Shraddha Kapoor.