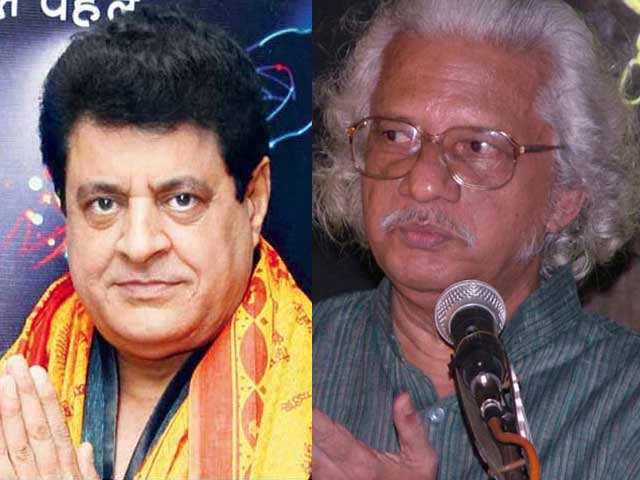 "The FTII has contributed hundreds of directors and technicians and has played an important role in the Indian film industry. People with wrong ideas will be disastrous for the institution" the distinguished filmmaker said

Demanding that Gajendra Singh Chauhan should voluntarily quit as the head of the Film and TV institute of India (FTII), eminent filmmaker Adoor Gopalakrishnan remarked that he (Mr Chauhan) did not understand why the students were protesting against his appointment.
"He is a simpleton. He doesn't even understand why the students are protesting. I have nothing against him. But FTIIs need people who can inspire the students. It cannot be run by people with no professional knowledge of cinema" Mr Gopalakrishnan, a former chairman of the Institute, where he also studied in 1962, told IANS in an interview.
The filmmaker, who has won the Dadasaheb Phalke Award, 16 National Awards and the Padma Vibhushan, India's second highest civilian honour, said that Mr Chauhan's request to the students to give him a chance, showed his ignorance.
"I would request him to quit the post and by doing that, he will be doing the government a favour," he asserted.
Mr Chauhan had reportedly said that he had 35 years of experience in acting and should be given a chance to prove himself as an administrator.
Mr Gopalakrishnan feared that with 'ignorant' people at the helm, the next step would be to change the medium of instruction into Hindi. "My fear is that they will make Hindi the medium of instruction now. It will deprive thousands of students from different parts of the country to access FTII ," he said.
He also dismissed the allegations of a leftist ideology working behind the protest. "It's absurd to call it as a leftist protest. Then Satyajit Ray should be called a leftist," he said.
The filmmaker has been actively involved in the protest after the information and broadcasting ministry appointed Mr Chauhan for the top job. The deadlock still continues as the students maintain that he is a political appointee.
Mr Chauhan, who played Yudhishtir in the TV series Mahabharata, is a member of the BJP and has served as its joint convener for culture.
Adoor Gopalakrishnan also questioned his credentials for the job.
"Chauhan's work speaks for neither his qualifications nor for any vision which could justify his appointment," he said, adding he didn't wish to politicise the issue but was only concerned about the future of the institution.
Defending the students' protest, Mr Gopalakrishnan said the government had violated the rules of appointments. "There is a clause in the rules governing the FTII Society that non-official members have to be men or women of eminence in the fields of cinema, literature, theatre and the other arts," he argued.
The distinguished filmmaker also expressed concern over reports of the government's move to privatise the FTII, arguing that this was not the answer to its problems. "If privatisation is the answer to all problems, why don't they privatise the government? Why don't they let the Tatas or Birlas to run the country," he asked.
Describing the struggle as a cultural issue, he said that it would affect cinema and the society as a whole.
"The FTII has contributed hundreds of directors and technicians and has played an important role in the Indian film industry. People with wrong ideas will be disastrous for the institution" he added.
It had earlier been reported that Adoor Gopalakrishnan and Gulzar had been shortlisted for the coveted post. Brushing aside such reports, Mr Gopalakrishnan said that his choice would undoubtedly be Gulzar. "Gulzar will be an undisputed choice for all. He is a perfect choice for the post," he said.
As a way out, the filmmaker also suggested that the government reconstitute a committee of eminent people. "They shouldn't act like autocrats. The government should listen to the people. They should take advice from people of eminence," he said.