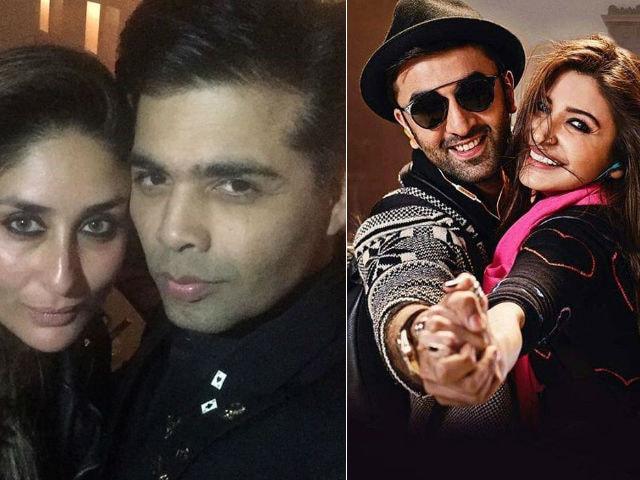 This image (left) was posted on Instagram by Karan Johar; a poster (right) of Ae Dil Hai Mushkil

Actress Kareena Kapoor Khan has praised the whole team of forthcoming film Ae Dil Hai Mushkil, saying that all the actors have done a fantastic job.
"I have watched Ae Dil Hai Mushkil and loved it. All actors, whether it's Ranbir Kapoor or Anushka Sharma or Aishwarya Rai Bachchan, everyone has done such a fantastic job. I think the audience is going to love the film. This is Karan's best," Kareena said on the sidelines of Jio MAMI 18th Mumbai Film Festival in Mumbai.
Kareena, who was last seen in Ki & Ka, will next be seen in Veerey Di Wedding.
Veerey Di Wedding is the first chick-flick in India. It will be lots of fun and excitement. The film is all about women and women power," said the actress, who is expecting her first child with actor Saif Ali Khan in December.
Veerey Di Wedding is directed by Shashanka Ghosh of Khoobsurat fame and also stars Sonam Kapoor, Swara Bhaskar and Shikha Talsania.
Talking about her pregnancy, Kareena said: "I am having a baby but I am a working woman also. I said it several times that I would continue to work all my life. It is not that I am trying to set an example."
(Except for the headline, this story has not been edited by NDTV staff and is published from a syndicated feed.)