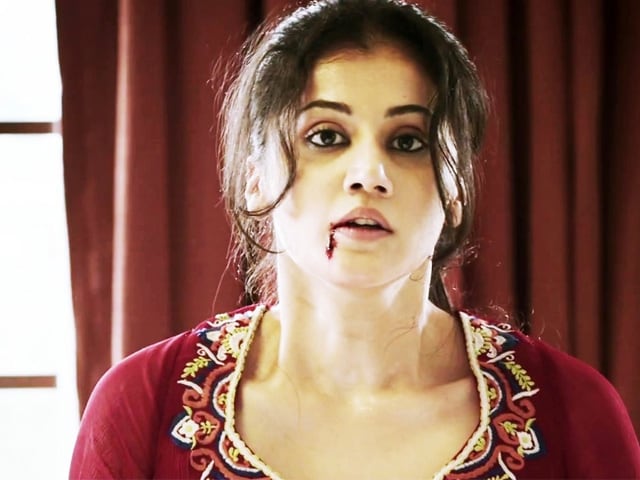 Taapsee Pannu in a still from Baby.

Actress Taapsee Pannu, who briefly unleashed her action side in Neeraj Pandey's Baby, is ready to repeat her act in a full-length role but she says she won't do it right away.
"Everybody has been asking me the same question. Will I now be able to pull off a full-length action role? I'd love to do that but not immediately," Taapsee told IANS.
She feels it's important she finds another capable director like Neeraj. "I'll probably wait for the right director to do a full-length action film. Had it not been for Neeraj and the way he's shot my sequence in Baby, it wouldn't have made so much of an impact. If I find a capable director, I'd love to do it again," she said.
Taapse has received appreciation from all quarters for her performance. "I knew the film will be talked about. I knew I'll be appreciated but I never anticipated this kind of overwhelming response. I'm completely taken aback by this kind of appreciation," she added.
Taapsee underwent special training in Krav Maga, a form of Israeli martial arts for her part in the film.
She never got injured while performing the stunt sequence, but admits facing a tough time while practicing for it. "I had a ligament tear in the past and it had resurfaced when I was training for this scene. It bothered me so much that I had to eventually take painkillers before going to shoot," she said.
Taapsee is game for demanding roles. "The fact that I took up this particular role is because it made me do something I haven't done before. I think such roles really excite me," she added.
Meanwhile, Taapsee is gearing up for the release of her Tamil films Vai Raja Vai and Muni 3.