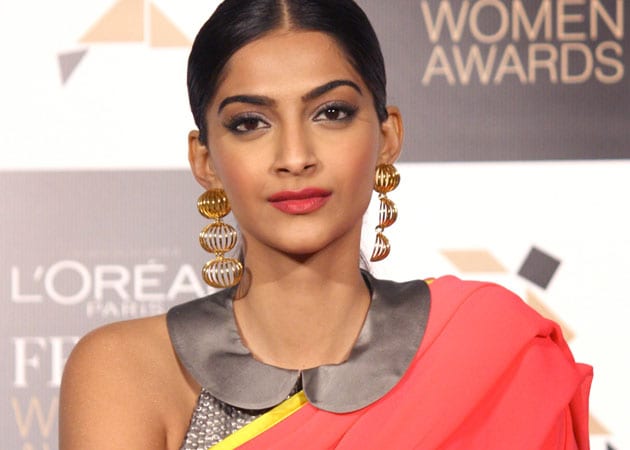 Sonam Kapoor had been working non-stop and needed a break

Close to the heels of vacationing in Goa with her family, Sonam has flown off to New York for yet another holiday.

Looks like after wrapping up her back-to-back Bollywood projects, Sonam Kapoor can't have enough of days off. Close to the heels of vacationing in Goa with her family, Sonam has flown off to New York for yet another holiday.
After finishing the shoot of Rakeysh Omprakash Mehra's Bhaag Milkha Bhaag with Farhan Akhtar, the actress shot for Anand L Rai's Raanjhana followed by Yash Raj's next.
A source says, "Sonam needs a much-deserved vacation. She had been shooting for one and a half year at a stretch. She also went to Goa to celebrate her dad's birthday. The entire Kapoor family has now gone to New York for eight days. Both Anil and Sonam have been working non-stop."
On her return to Mumbai, Sonam will resume her shoot for the Ayushmann Khurrana co-starrer, while Anil will get back to work on the sets of his TV series.
On what Sonam plans to do while in New York, her friend says, "She will be taking it easy. There is a lot of relaxing, reading and of course shopping around. She is very excited to spend quality time with her parents and siblings after the first look of her film with Dhanush has received positive response. In fact, both she and Rhea have shopping trips with her dad fixed up too."