After Kangana Ranaut's Comment, Roshans Will Speak at the 'Right Time'

"Whatever I wanted to say I said it. Now, I will speak when I feel there is a right time to talk about this," said Rakesh Roshan 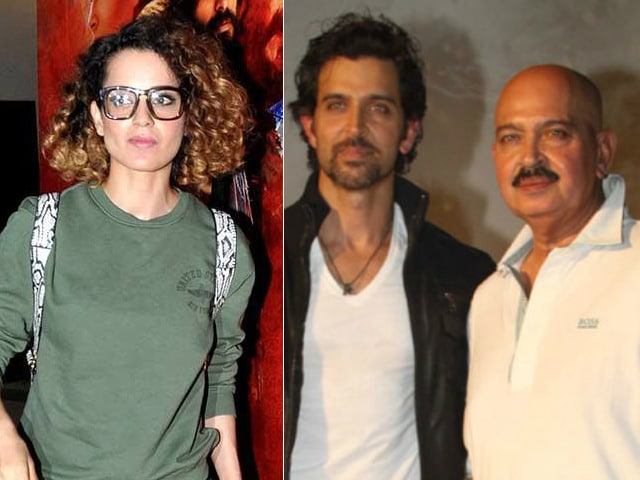 After Kangana Ranaut asked why Rakesh Roshan always comes to the rescue of his son, the veteran filmmaker said he will speak up about the feud between the actress and Hrithik Roshan at the "right time".
"Whatever I wanted to say I said it. Now I will speak when I feel there is a right time to talk about this," said the filmmaker.
In an interview with Hindustan Times, when Mr Roshan was asked about the Hrithik-Kangana feud, he said: "Hrithik is different, as when someone (Kangana Ranaut) was spreading lies about him, he chose to stay calm and dignified. If he does choose to come out with the truth, it will shock everyone."
When the Queen actress was questioned about her opinion on the statement, she said: "I want to know why Indian men can't stand for themselves. He (Hrithik) is 42 years old. Why his father always has to come to his rescue? For how long will he keep hiding behind their big influential father's name?"
"He (Hrithik) is an adult and pretty much can handle his own controversies in show business. It is just a simple controversy. Why daddies have to save their son? I don't understand this," she added.