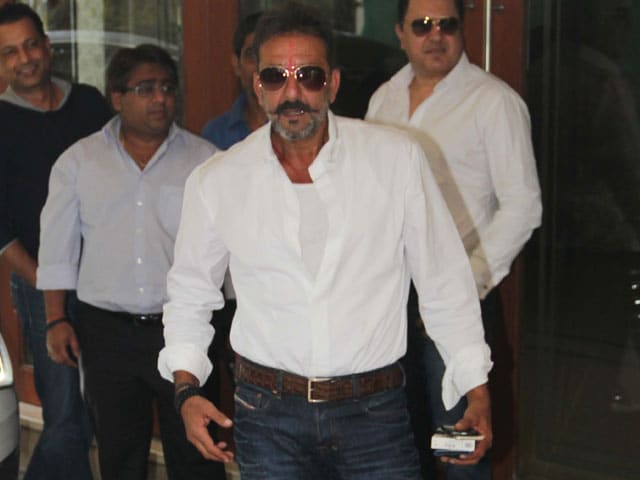 Sanjay Dutt had surrendered before the TADA court in May last year after the Supreme Court upheld his conviction under the Arms Act.

The actor, released on a two weeks' furlough on December 24, has already spent over 118 days out of jail

The furlough means that the PK star gets to spend the Christmas holidays at home for the second year in a row. Mr Dutt, who left Yerwada Jail on December 24 for Mumbai, has already spent over 118 days out of jail, either on parole or furlough, between May 2013 and May 2014.

Mr Dutt is serving a five-year sentence after he was convicted last year by the Supreme Court of illegal arms possession in connection with the 1993 Bombay Blasts.

The actor has faced protests outside his home and jail over his parole requests.

He was first granted a 14-day parole in October, which was extended for another 14 days. This was allowed so that he could undergo treatment for leg pain.

He was again granted a 30-day parole last year in December which was extended twice on account of his wife Maanyata's illness.

In February this year, the Bombay High Court told the government that the diligence shown in granting the actor's requests was not seen in cases of other convicts. The court had observed that it was high time the rules for such relief were looked into and that there was a need for bringing in 'radical changes' in the Prisons Rules that date from 1959.

The Centre had also, back then, raised questions about Sanjay Dutt's extended leave. The Home Ministry had written to the Maharashtra government asking them to explain why the actor had been granted leave thrice in nine months, with extensions each time.

Furlough is the lawful right of a prisoner. It is to be granted periodically irrespective of any particular reason merely to enable him or her to retain family and social ties and avoid the ill-effects of continuous prison life. The period of furlough is treated as remission of sentence.