Aishwarya Bachchan's Jazbaa May Have This Extra-Special Bonus 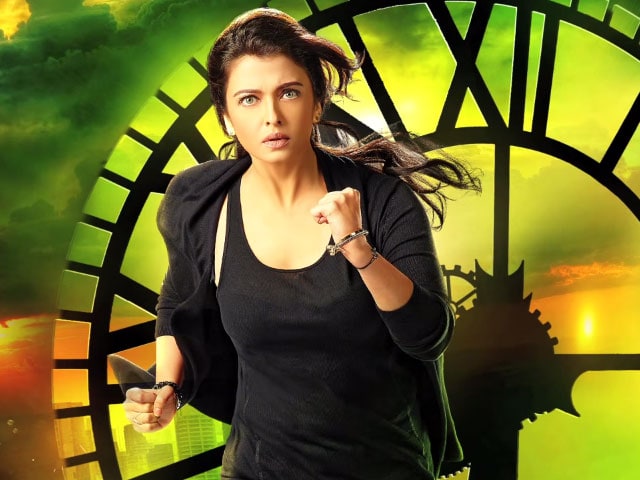 Aishwarya Rai Bachchan in a still from Jazbaa motion poster.

"I never make tall claims but have to tell you that the music of Jazbaa will more than live up to your expectations," Sanjay Gupta posted on Twitter

It appears that Amitabh Bachchan may not be the only singing star of Bollywood's First Family. Aishwarya Rai Bachchan, a media report claims, might be making her playback debut in comeback film Jazbaa.
DNA reports that Jazbaa director Sanjay Gupta may have persuaded Ash, 41, to sing. It quotes a source as having said, "Aishwarya has been sounded about it by Sanjay who feels she can do it. She has a very musical voice and is often known to hum tunes. Several music directors have contributed to the album and the director has a great number in mind for her. Ash seems to be up for the challenge." (Also Read: Aishwarya Rai Bachchan Braves Fever to Film Jazbaa)
Work on the song will apparently begin today.
Aishwarya is not accessible on social media but her director is and said this on Twitter, not that it really means anything other than what it says:

I never make tall claims but have to tell you that the music of JAZBAA will more than live up to your expectations. https://t.co/f4MeiN5bNy

Several actresses have taken to the microphone recently - Priyanka Chopra (who has a second career as a singer), Alia Bhatt and Shraddha Kapoor have showcased their vocal chops. Several male stars, including Asihwarya's husband Abhishek, have also had varying degrees of success at singing playback. (Also Read: Jazbaa Makers Spend Rs 80 Lakh to Recreate Bombay High Court)
Jazbaa, in which Aishwarya stars as a lawyer opposite Irrfan Khan, is the actress' first film since 2010's Guzaarish.
A scene from the movie was showcased at the Cannes Film Festival this year to much fanfare. Jazbaa's trailer comes up on August 25 and the film releases on October 9.