Aishwarya: Jazbaa Will Forever be the 'Comeback Film' 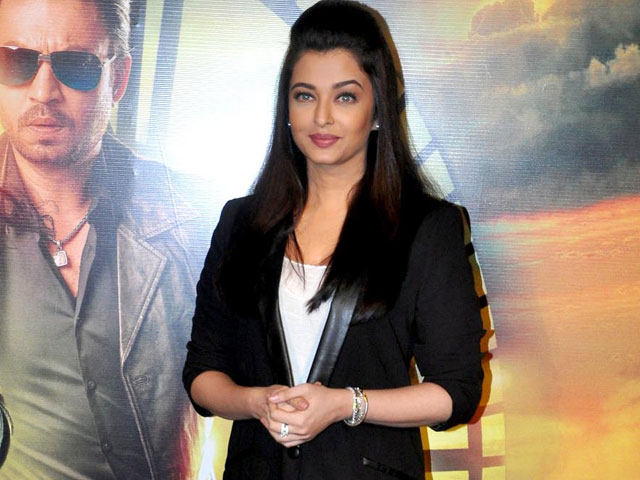 Aishwarya photographed at the trailer launch event of Jazbaa in Mumbai.

"I haven't felt being absent, though going by the time and the number of releases that we do have, of course, I wasn't making movies. Being a working mother, I really did not delve into this absence factor," she said

Beauty queen-turned-actress Aishwarya Rai Bachchan is returning to the big screen after almost five years with Sanjay Gupta's Jazbaa but claims that she didn't feel that she was absent from the industry.
"I haven't felt being absent, though going by the time and the number of releases that we do have, of course, I wasn't making movies. But a lot of ladies here who've completely experienced what I'm feeling right now will agree that we have no concept of time. We don't realize how time flies by," she said to queries on her absence at the trailer launch of the much anticipated movie Jazbaa. (Also Read: Jazbaa Trailer Stars Aishwarya as a Lawyer and Desperate Mother)
Her last film was as a caretaker to Hrithik Roshan in Sanjay Leela Bhansali's Guzaarish in 2010. She was initially going to star in Madhur Bhandarkar's Heroine but backed out due to pregnancy, following which Kareena Kapoor was seen as the protagonist in the movie. Duties as a mother to three-year-old Aaradhya kept her busy all these years.
"Being a working mother, I really did not delve into the absence factor. And probably that's why I haven't necessarily focused on the term 'comeback'. There's no going away from it and running away from it. And it will forever be the 'comeback film'. So I'm not denying it but when I turn around and say that I haven't felt it, that's just the way it is," said Aishwarya. (Also Read: Aishwarya Rai Bachchan Agreed to Sarabjit Role in 'Just 15 Minutes')
Jazbaa features Aishwarya in the role of a lawyer who finds herself in the middle of a conspiracy. Irrfan Khan plays a suspended cop in the movie which also stars Jackie Shroff, Shabana Azmi and Chandan Roy Sanyal in key roles.