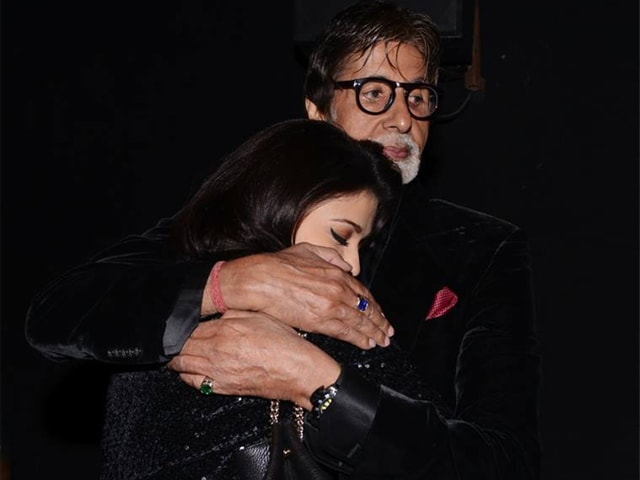 Actress Aishwarya Rai hugged her father-in-law, megastar Amitabh Bachchan after watching his latest film Shamitabh.
Mr Bachchan, 72, who shared pictures from the special screening on his blog, said his mind remained "stagnant and alone" despite the praise and compliments. (Movie Review: Shamitabh)
"The show is over. The apprehensions remain. The praise and the compliments abound, but the mind remains stagnant and alone. The appreciation of the daughter-in-law after the film is over," Mr Bachchan wrote on his blog.
Besides Aishwarya, the screening was attended by his son Abhishek, his wife Jaya Bachchan and his co-stars Dhanush and debutante Akshara Haasan. Akshara came with her sister Shruti Haasan and mother, actress Sarika. (In Pics: Bachchans, Akshara Glam-Up Shamitabh Screening)
"In all the rush and the crowds that gather, in all the applause in the theatre, in all the gasps and laughter and whistles, there is silence! It cannot be explained, nor can it be fathomed, nor examined," Mr Bachchan added.
In the film, which released today, Big B plays a fading star who lends his voice to a speech-challenged actor, played by Tamil superstar Dhanush. The film is directed by R Balki.