Photographed by notable fashion photographer late Prabhuddha Dasgupta, Aishwarya Rai Bachchan and Amrita Arora's picture has transported us back to yesteryear, not only due to its black-and-white tone but its old-world charm 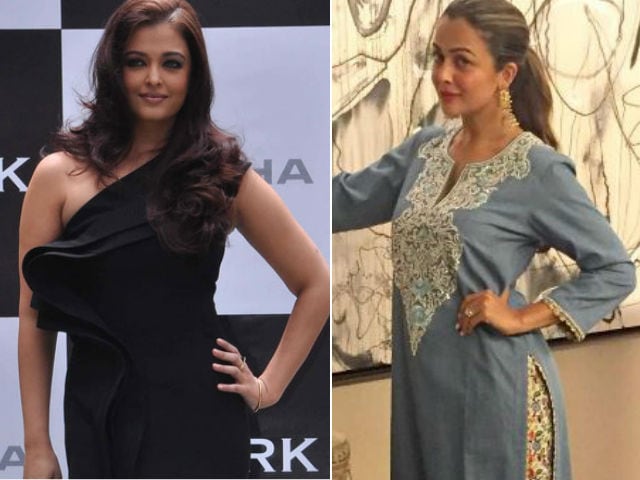 The year was 1998. Aishwarya Rai Bachchan, then a rising star fresh off the success of Aur Pyaar Ho Gaya and Jeans, a recent Miss World. And Malaika Arora's younger sister Amrita, still shy of making her steps into Bollywood. This ethereal throwback picture posted by Amrita on Instagram shows how far the two ladies have come.

Amrita gave it the caption: "Serious throwback! Dayummmmmm #Ashnme #allof17yearsold #prabudhadasgupta #coffeetablebook."
Photographed by notable fashion photographer late Prabuddha Dasgupta for a coffee table book, Aishwarya and Amrita's picture has transported us back to yesteryear, not only due to its black-and-white tone but its old-world charm.
Especially since Aishwarya, now a massive Indian and international star, has many blockbuster hits to her name including Hum Dil De Chuke Sanam, Devdas and Dhoom: 2. She has been married to actor Abhishek Bachchan since 2007 and the couple have a 4-year-old daughter, Aaradhya. She will next be seen in Karan Johar's Ae Dil Hai Mushkil alongside younger stars like Ranbir Kapoor and Anushka Sharma.
Perhaps due to the film's release date ringing in, old photographs of Aishwarya's have been doing the rounds. Recently, another throwback photograph of the actress was posted by writer Rumy Jafry on Twitter.

Rumy, who worked with the actress on Aa Ab Laut Chalen, shared a photo of a young Ranbir with Aishwarya in 1999. Ranbir was assisting his director-father Rishi Kapoor on the RK Film which also starred Akshaye Khanna.
Meanwhile, Amrita Arora who is married to Shakeel Ladak, has two sons Azaan and Rayaan. After trying her hand in Bollywood with films like Hello and Golmaal Returns, she now keeps us glued thanks to her envy-inducing Insta-posts.