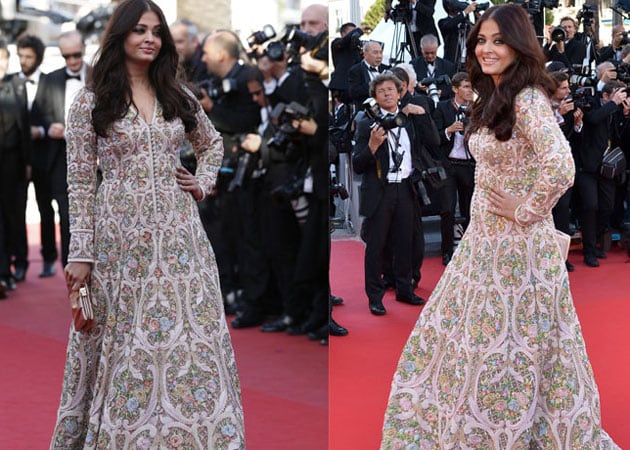 The intricate work and the heavy fabric did not flatter Ash's figure unlike her previous appearances.

Just when we were congratulating Aishwarya Rai Bachchan on her Cannes 2013 wardrobe, she had another Abu Jani-Sandeep Khosla hiccup on the red carpet.

Just when we were congratulating Aishwarya Rai Bachchan on her Cannes 2013 wardrobe, she had another Abu Jani-Sandeep Khosla hiccup on the red carpet.
At the premiere of the film Blood Ties, Ash wore a full-sleeved, intricately embroidered anarkali which swamped her figure - an outfit just a shade less frumpy than the cream chikankari sari and embroidered jacket that we so hated last year. 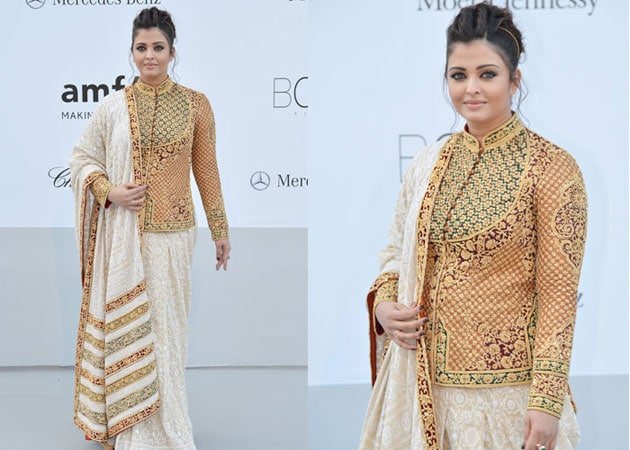 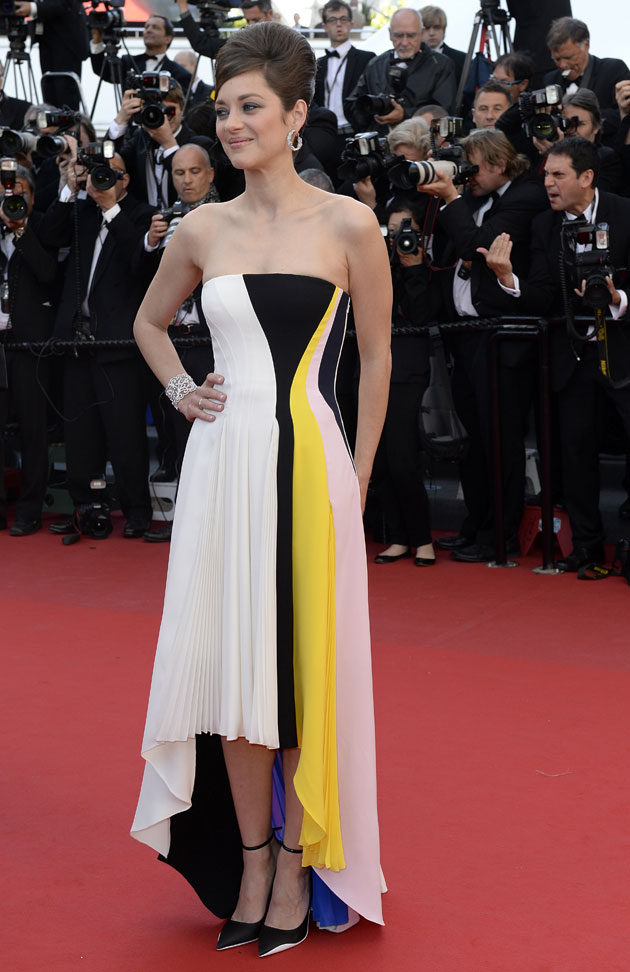 Marion Cotillard at the premiere 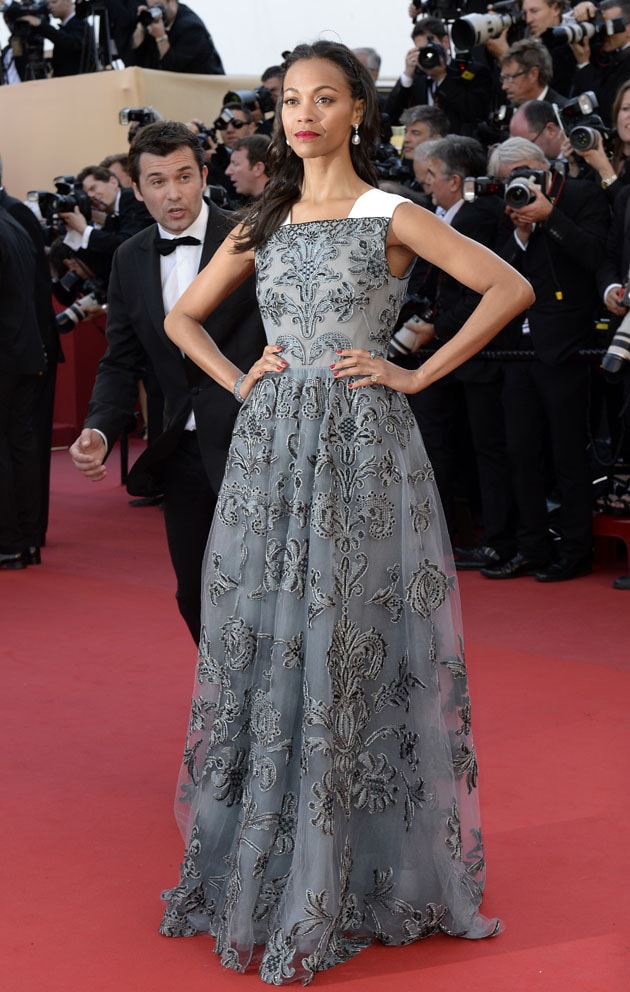 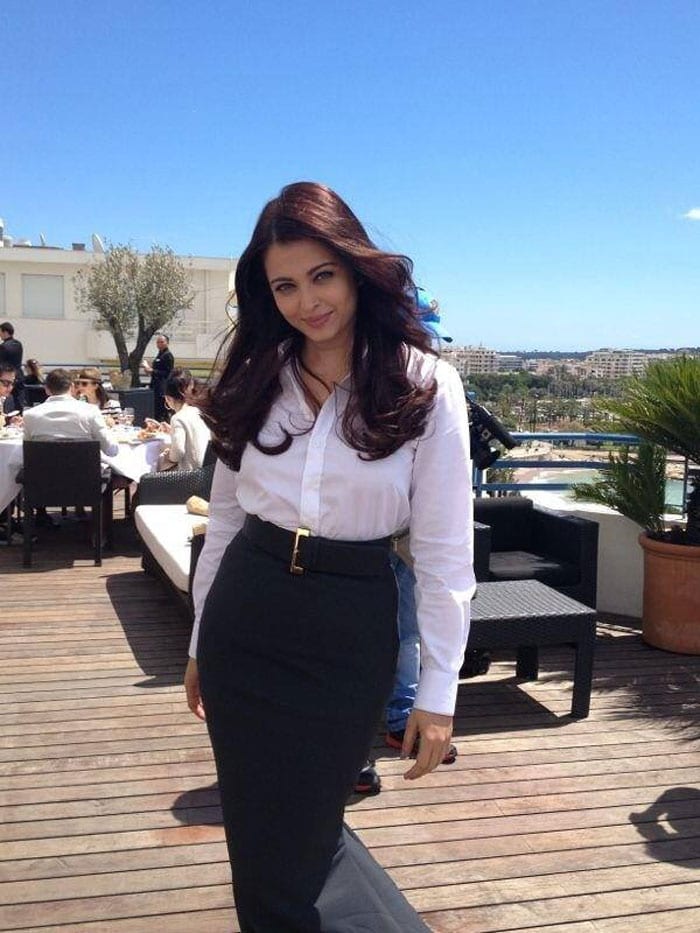 Ash looked more than a little French in this outfit
When will Aishwarya learn to leave Abu-Sandeep to grace mom-in-law Jaya Bachchan's closet? Stick to Elie Saab and Sabyasachi, Ash. 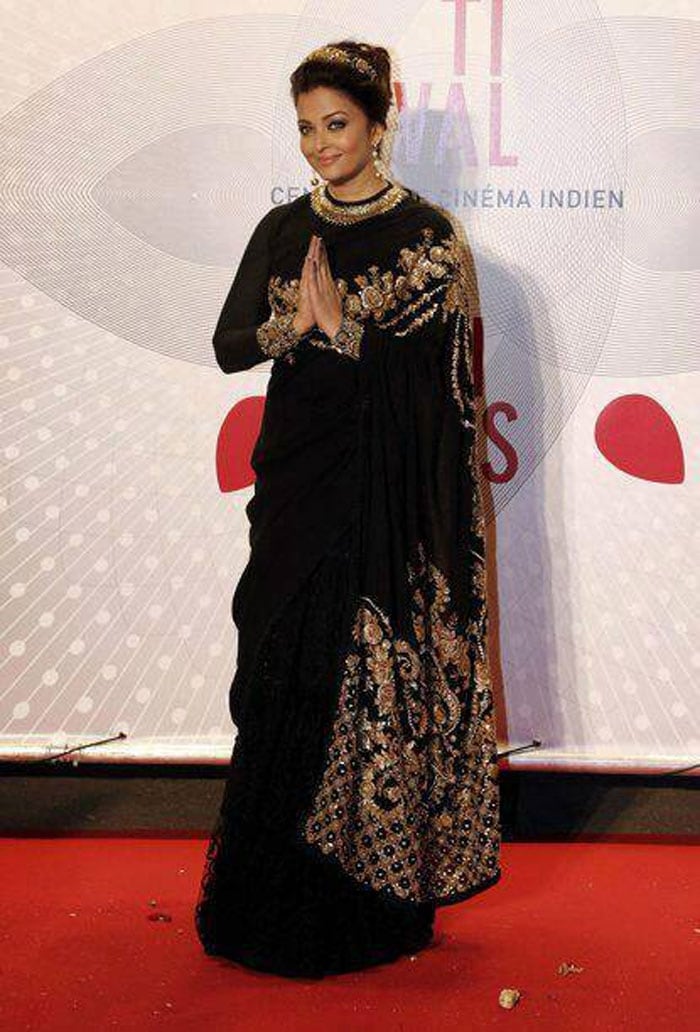 Ash was the cynosure of all eyes in this Sabyasachi sari
Meanwhile, jury member Vidya Balan continued her series of sari embarrassments in red print, a red long-sleeved blouse, white beads and a white bag. 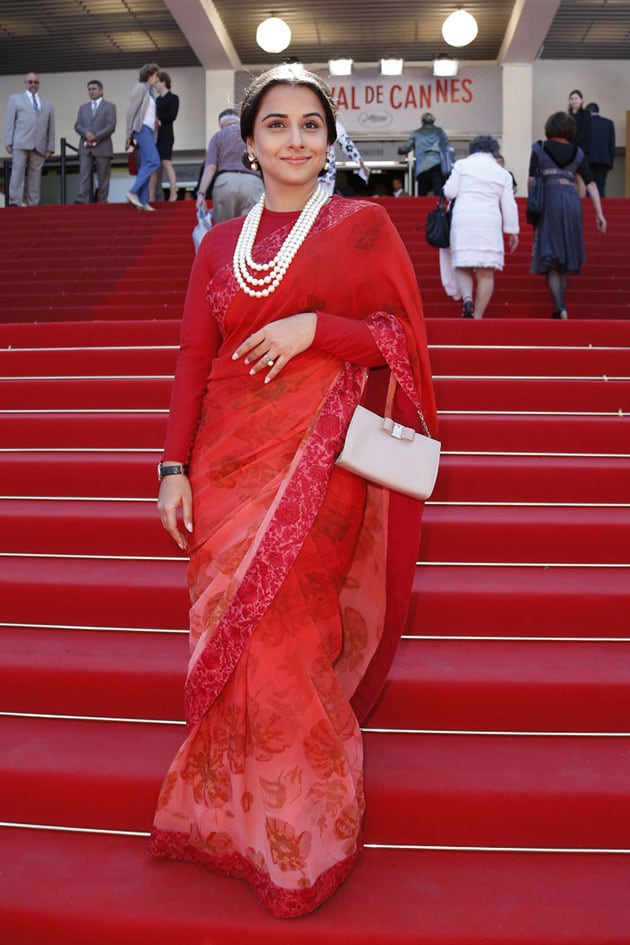 Vidya at the Cannes premiere of A Castle in Italy
Between Ash and Vidya, it's hard to decide who looked worse. We're looking to Sonam Kapoor now to resurrect the Indian fashion flag.