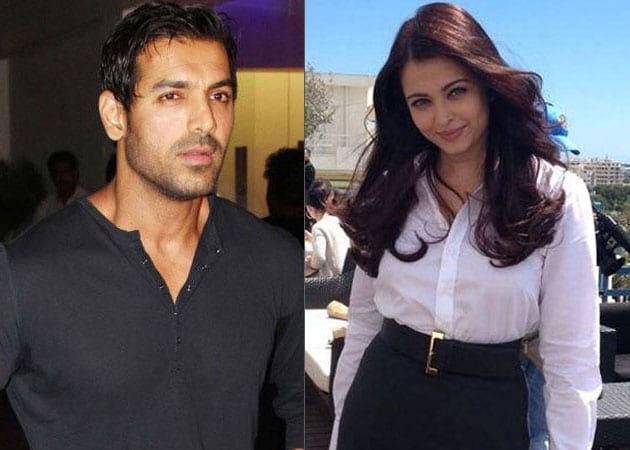 John was even signed for Sriram Raghavan's Happy Birthday opposite Aishwarya but the film got shelved.

John Abraham is known for his Dostana with Abhishek Bachchan, but the object of his attention now is Abhishek's wife, Aishwarya Rai Bachchan.

John Abraham is known for his Dostana with Abhishek Bachchan, but the object of his attention now is Abhishek's wife, Aishwarya Rai Bachchan. The actor has been confirmed for Sanjay Gupta's next film Jazbaa, opposite Aishwarya.
The grapevine suggests that John's character will be modeled on gangster Abu Salem in the movie. John and Sanjay have previously collaborated on five films - Zinda, Shootout at Lokhandwala, Shootout at Wadala and an unnamed movie still under production. This will be Aishwarya's first film with both director and co-star. (Also read: Aishwarya Rai Bachchan is the lead in My Jazbaa: Sanjay Gupta)
This may have been the second film that Aishwarya and John co-starred in, if Sriram Raghavan's Happy Birthday - in which both actors had been cast - hadn't been shelved.
Here's hoping that some jiggery-pokery magic works for John and Ash in Jazbaa, just as it did for John and Abhishek in Dostana. (Also read: After comedy, John Abraham, Abhishek Bachchan team up for action movie)
Watch: