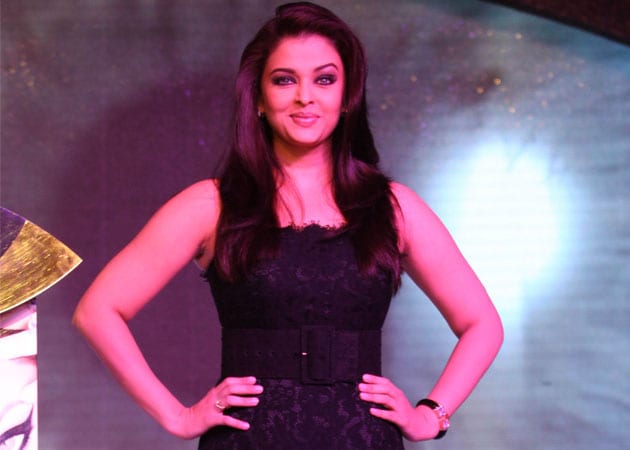 Ash's spokesperson says she is reading several scripts but has not chosen one.

Bollywood actress Aishwarya Rai Bachchan has not green-lit director P Vasu's film in which he claimed she would be playing a Kalari warrior.

Bollywood actress Aishwarya Rai Bachchan has not green-lit director P Vasu's film in which he claimed she would be playing a Kalari warrior.
A statement released on Aishwarya's behalf by her spokesperson read: "This statement is in reference to the press release/ rumoured attachment of Ms Aishwarya Rai Bachchan to Mr P Vasu's film which has been doing the rounds very strongly today in the media and the industry. With due respect to all the professionals concerned , I would like to state that this was one among the several scripts/ ideas she has been approached for but there have been no confirmations at all. This " press release" came as a huge surprise to all of us. An E-mail clarifying this erroneous 'press release' has already been received by our office from the concerned parties."
Days earlier, Southern filmmaker P Vasu, known for films such as Chandramukhi and Chinna Thambi, had said that he had finalised Aishwarya for his upcoming untitled multilingual. "Aishwarya was really impressed with the script. She will be seen in a never seen before powerful role. She will essay a Kalari fighter in the film and for the same she will undergo special stunt training," Vasu told news agencies in a statement.
Aishwarya last appeared in 2010's Guzaarish before taking maternity leave and her comeback film has been hotly-discussed.