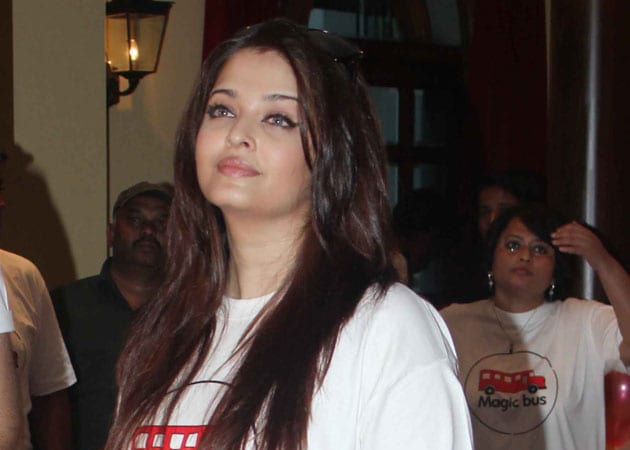 After rejecting Gaurang Doshi's film in 2007, Aishwarya Rai Bachchan has signed up for his upcoming film Happy Anniversary.

Aishwarya Rai Bachchan may have given her nod to Gaurang Doshi's film Happy Anniversary to be directed by adman Prahlad Kakkar, but the actress seems to have strangely forgotten something. To jog your memory, in 2007 it was widely reported that Ash had walked out of Doshi's project which was then called Happy Birthday. She took this step after he was allegedly accused of physically assaulting his ex-girlfriend starlet Flora Saini.
Flora had found an unlikely supporter in the midst of her ordeal in B-Town's leading star. Ash had apparently taken the stance after working in Jagmohan Mundra's 2006 film Provoked that tackled domestic abuse. After playing a victim on screen, she had decided against being part of Doshi's film as he was involved in a domestic violence case. The film was to have John Abraham as Ash's co-star.
Interestingly, Doshi had even admitted at that time that due to his problems with Flora, Aishwarya decided not be part of his project. The filmmaker had claimed that there were certain forces working against him as he was at that time also going through a bitter divorce. Says a source, "Aishwarya's nod to his project now has come as a surprise. She may have agreed to be part of it due to her association with director Prahlad Kakkar. But she seems to have forgotten her past decisions."
After being embroiled in a legal tussle, Doshi makes a comeback in Bollywood with the Ash film that will also apparently star her husband Abhishek Bachchan. Doshi's earlier productions include Aankhen and Deewar Let's Bring Home The Heroes which starred Amitabh Bachchan. According to Aishwarya's spokesperson however, "Prahlad's script is among the many scripts she has given her nod to. But it is very preliminary for the producer to jump the gun and announce it as her comeback film."