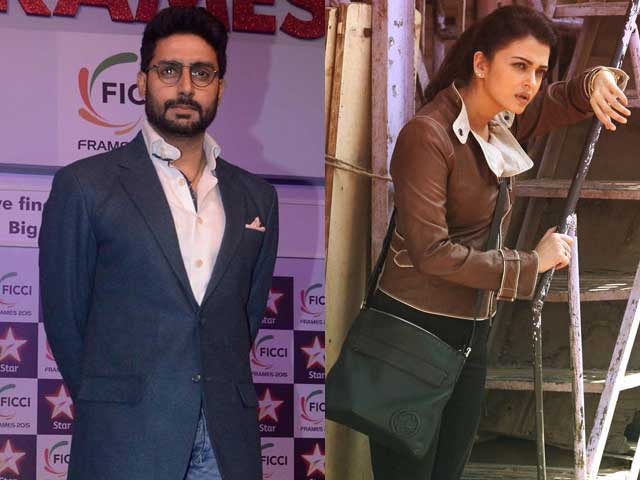 Aishwarya on the sets of Jazbaa (right)

Jazbaa film is set to release on October 9

Filmmaker Sanjay Gupta's action film Jazbaa is special in many ways. It not only marks the comeback of actress Aishwarya Rai Bachchan, but also features her husband, actor Abhishek Bachchan in a special appearance.

Big excitement at the shoot today as Abhishek Bachchan shoots his special appearance in JAZBAA.

The couple showed their chemistry in the film Guru, which garnered plaudits. And in Mani Ratnam's Raavan, which failed to sizzle at the box office.