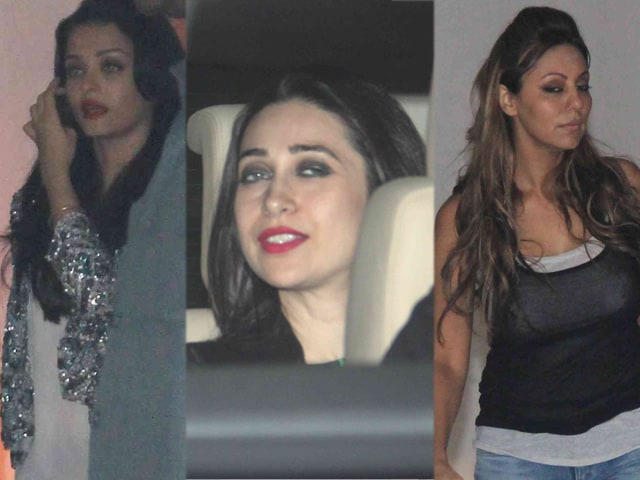 aran Johar had yet another party at his Mumbai home on January 13. The usual suspects showed up in various versions of evening wear

Filmmaker Karan Johar had yet another party at his Mumbai home on January 13. The usual suspects showed up in various versions of evening wear.

Bollywood power couple Aishwarya Rai and Abhishek Bachchan arrived together, as they do - she in white and black topped by a shimmering jacket, he in denims. Only one half of other superstar couple, the Khans, showed up however. Gauri Khan attended in a dressed-down ripped jeans and tank look, once again minus husband Shah Rukh Khan. SRK, a close friend of Karan's, also skipped his last party on November 21, 2014. (In Pics: Aishwarya, Karisma Bling it on at Karan Johar's Party) 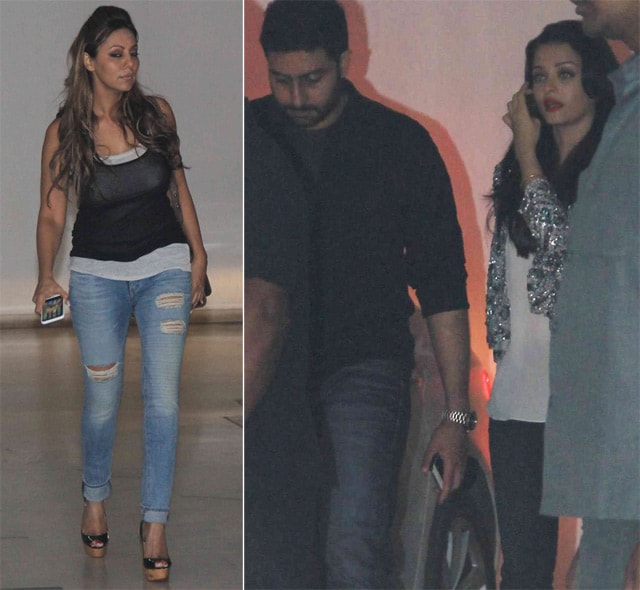 Actresses Karisma Kapoor and Amrita Arora, who is Karisma's sister Kareena's best friend, drove in together looking party-ready in the highest of spirits. New mom Genelia D'Souza dispensed a slight smile to the paparazzi as her husband Riteish Deshmukh stared into the distance.

Abhishek's soon-to-be-married cousin Naina Bachchan arrived with her fiance, actor Kunal Kapoor. The multi-talented Farhan Akhtar indicated by a thumbs up that he was ready to start the party. Karan Johar's Student of the Year, Sidharth Malhotra, was unable to muster a showbiz smile, however. 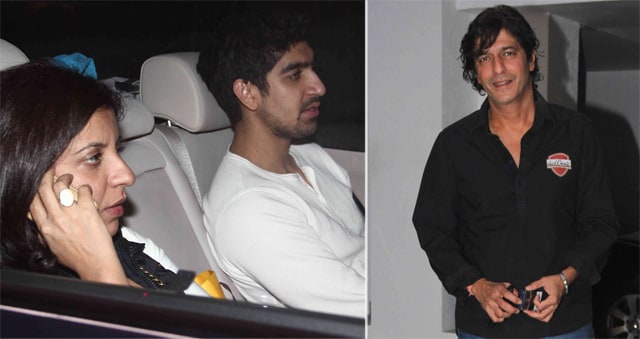 Until the next Karan Johar party.