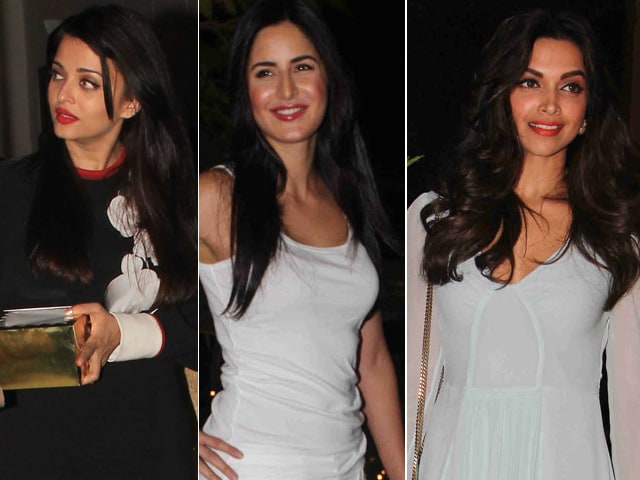 Happy New Year director Farah Khan is 50 and helping her bring in her birthday in Mumbai on January 8 was her posse of celebrity friends - of which she has no dearth. 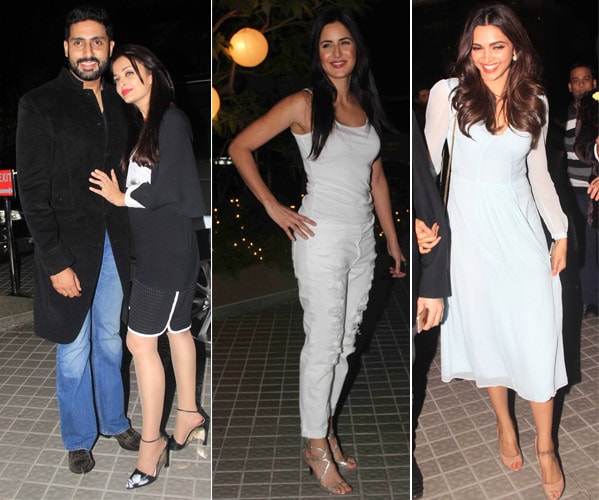 Actress Kangana Ranaut wore a rani pink (Rani = Queen, get it?) jacket and skinny pants. Sonam Kapoor was in black as was Vidya Balan, in a Riddhi Mehra anarkali, who came with husband Siddharth Roy Kapur. 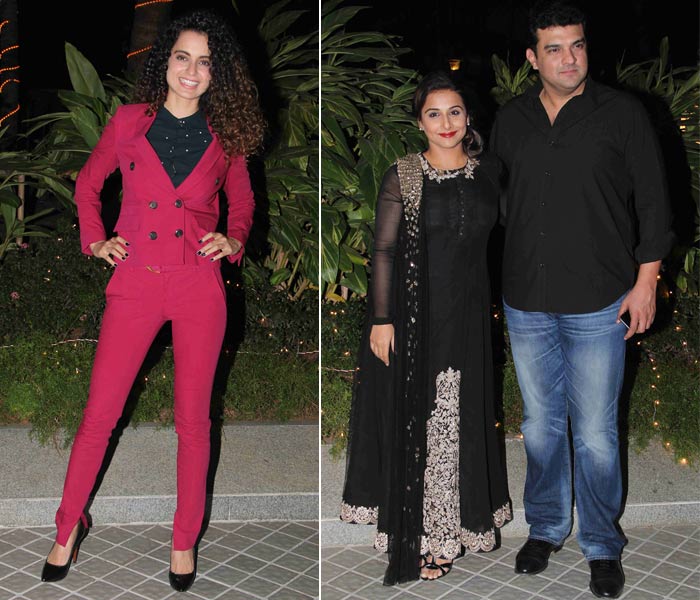 Farah's friend and regular collaborator Shah Rukh Khan didn't appear to be present but his missus Gauri showed up looking very glam. Madhuri Dixit, in a blazer and printed pants, was on the arm of husband Dr Driram Nene. Actress Lara Dutta, now rarely seen out and about, appeared in a floral BCBG dress. 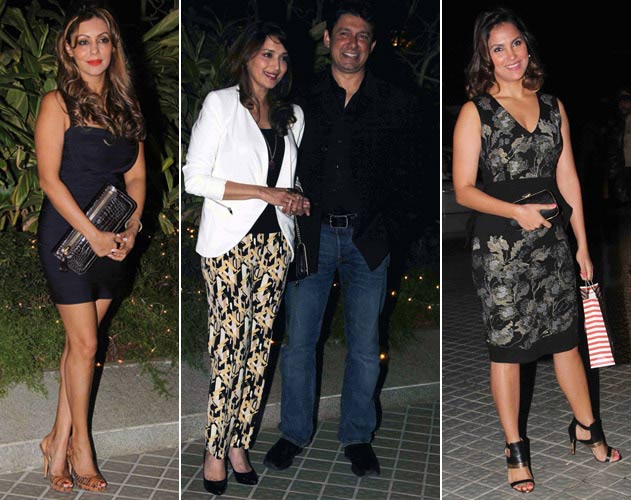 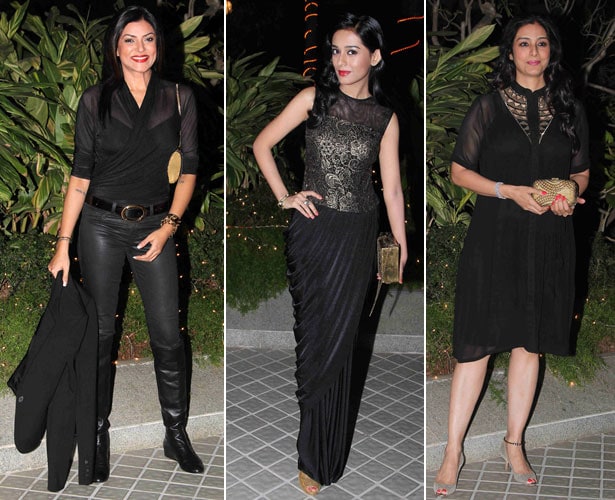 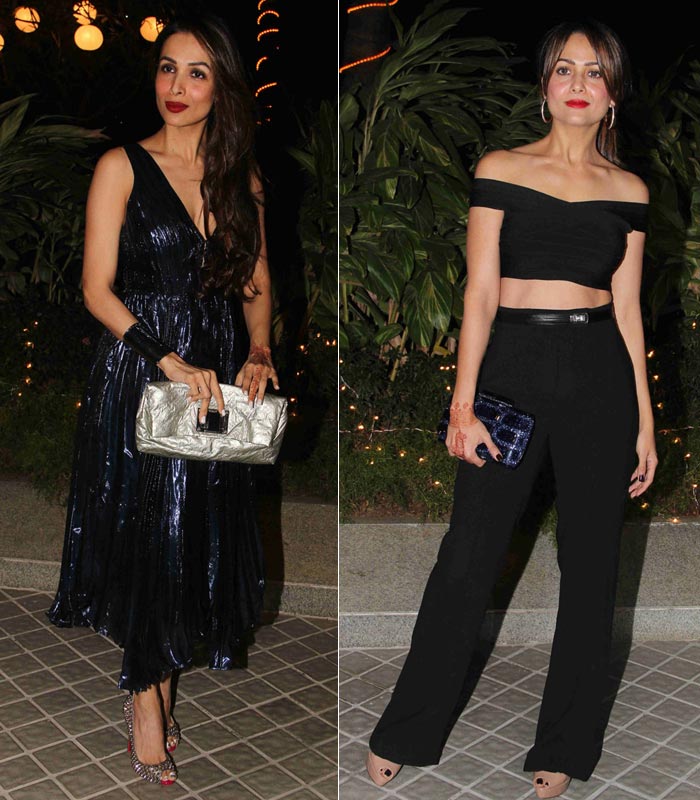 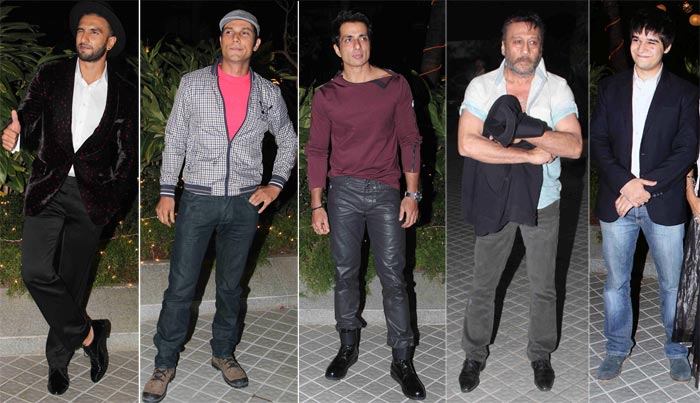 New parents Riteish and Genelia D'Souza put in a beaming appearance, as did husband and wife Sonali Bendre and Goldie Behl. Simi Garewal was elegant in monochrome. 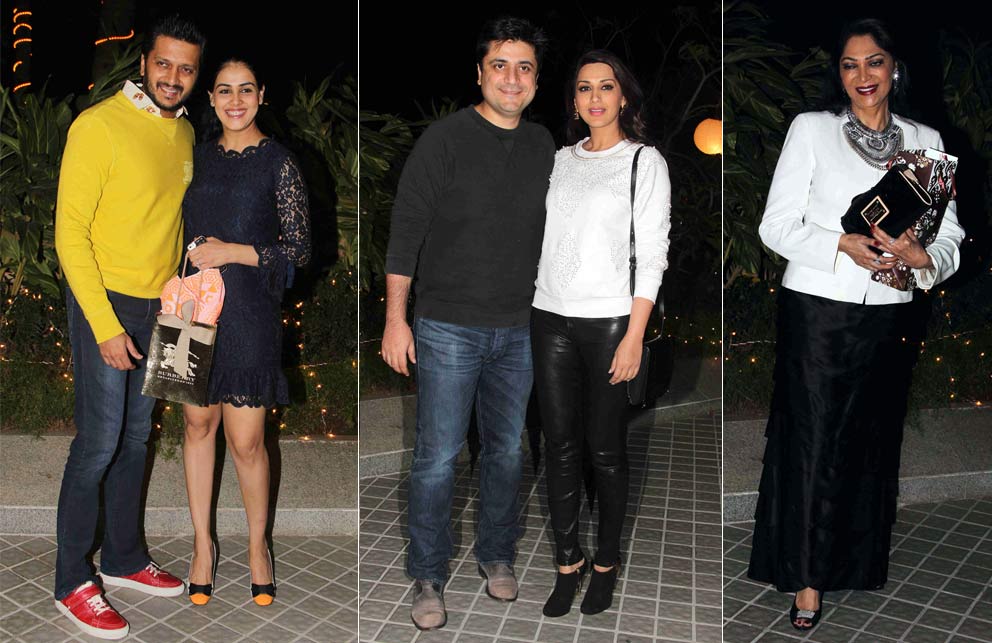 Family was very much in evidence. Farah posed for pictures with husband Shirish Kunder and their triplets Anya, Diva and Czar. 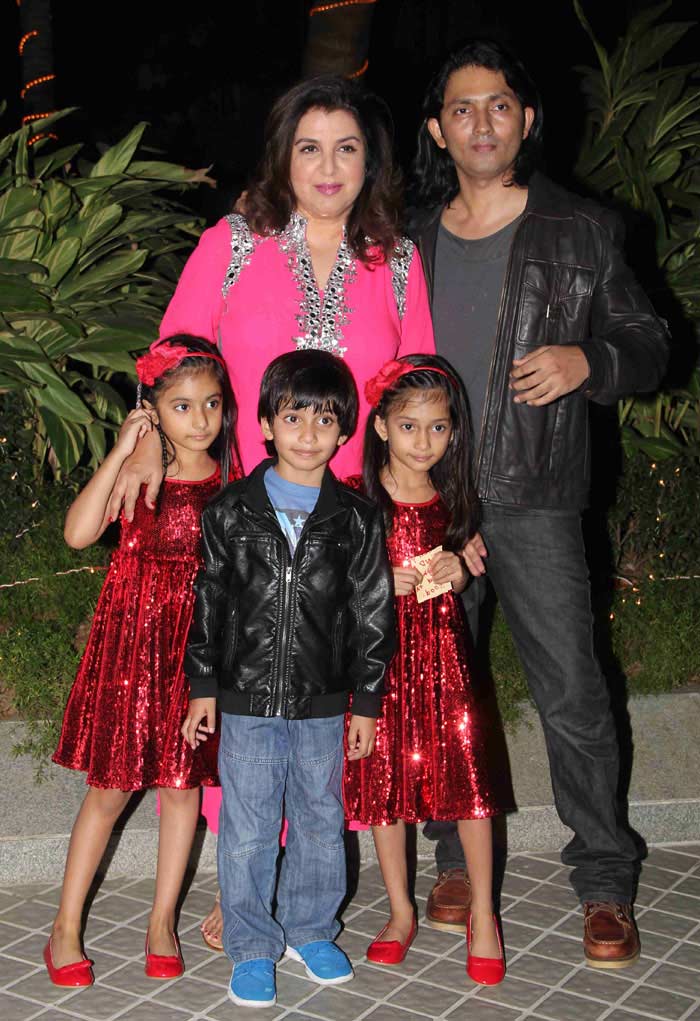 Farah's cousin Farhan Akhtar, who shares her birth date, arrived with wife Adhuna. His father Javed Akhtar and step-mother Shabana Azmi were also at the party, as was Shabana's brother and sister-in-law Baba and Tanvi. 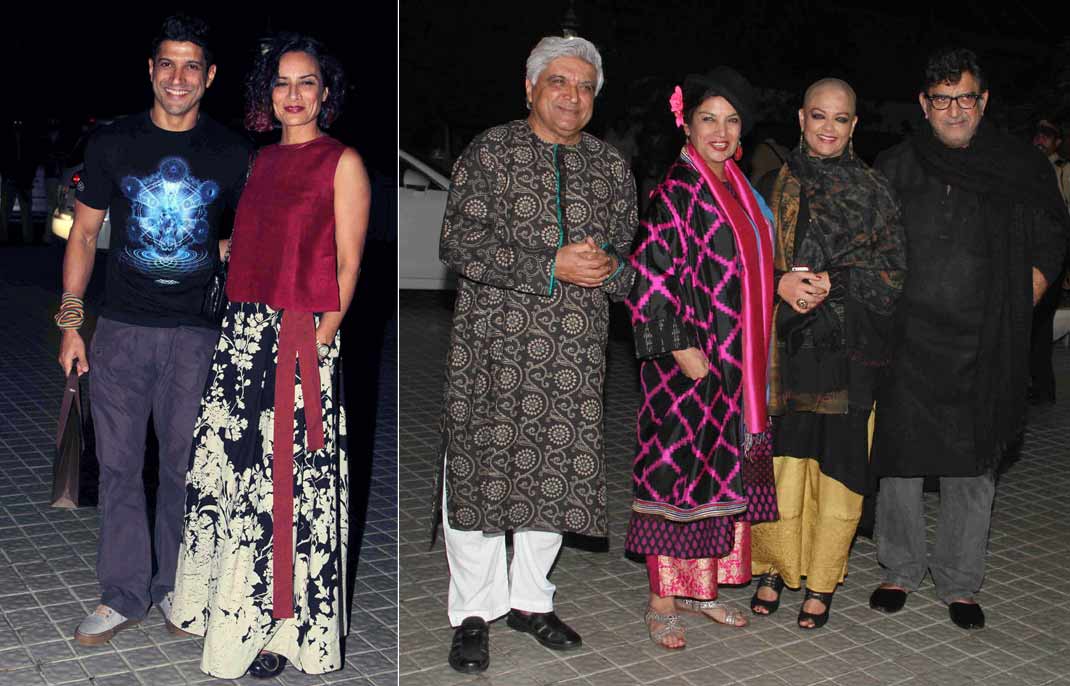