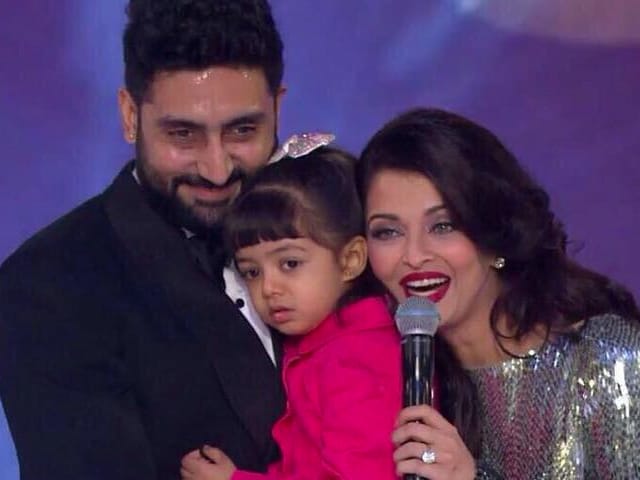 Actress and former Miss World, Aishwarya Rai was honoured at the international beauty pageant for her charity work

Actor Abhishek Bachchan says he felt honoured when his wife, actress Aishwarya Rai was felicitated by the Miss World Organisation at the 64th edition of the international beauty pageant for her commitment to "beauty with a purpose".
The latest Miss World contest took place in London on December 14 and Aishwarya took to the stage with her mother Vrinda Rai, Abhishek and their daughter Aaradhya to receive the honour.
He tweeted:

The Mrs. Get awarded by Miss World as their most successful and impactful Miss World. Honoured. She... http://t.co/Q87CzLqdJE

Aishwarya had won the coveted title two decades ago - the same year when actress Sushmita Sen went on to win the Miss Universe crown.
This year, India again failed to win the Miss World crown. India's Koyal Rana lost out, finishing in the top 10. The crown went to Miss South Africa, Rolene Strauss.