Ankur, who resides in New York, made his debut in 2010 in Payal Sethi's Grant St Shaving Co. Soon after, he played a negative role in Apurva Lakhia's Zanjeer, which also starred Sanjay Dutt and Priyanka Chopra 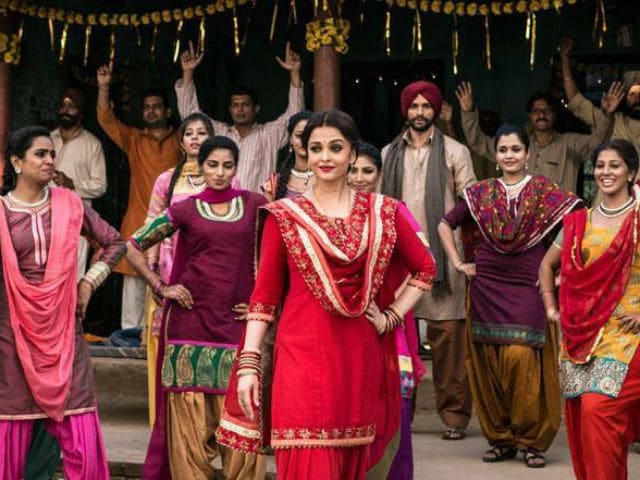 This image was posted on Facebook by Sarbjit Movie.

Actor Ankur Bhatia, who stars in Sarbjit, said that he was in awe of actress Aishwarya Rai Bachchan while shooting for the film. Ankur said that she has given one of her career's best performances in the upcoming biopic.
Directed by Omung Kumar, the movie is based on Sarbjit Singh, an Indian national, who died following an assault by fellow prisoners at a Pakistani jail.
The film stars Randeep Hooda in the titular role and Aishwarya as Sarbjit's sister Dalbir Kaur.
Ankur, who plays Aishwarya's husband in the film, told PTI: "Sarbjit is one of her best films and performances. I was completely in awe of her. She is a huge star but at the same time, is very jolly, nice and humble. She used to talk about her baby and made sure everybody was comfortable on the sets."
Ankur, who resides in New York, made his debut in 2010 in Payal Sethi's Grant St Shaving Co. Soon after, he played a negative role in Apurva Lakhia's Zanjeer, which also starred Sanjay Dutt and Priyanka Chopra.
For his role in Sarbjit, Ankur had to undergo several rounds of audition and grow his beard.
"I had actually auditioned for a film called Mehrunnisa which was being directed by Sudhir Mishra. That film never got made. Later, I was asked to record some scenes of Sarbjit and send it to the casting directors before I finally went to Omung Kumar's office and gave the audition," said Ankur.
Ankur said that the role was 'demanding.' "Baldev is a man who loves his wife very much but also feels that he doesn't get that much of attention as his wife is constantly into the mission of rescuing her brother. It was very necessary for the conflict to come out," said Ankur.
"At times it was challenging because the character starts as a young and transitions into old. I did not belong to the age group but I had to keep myself in the zone of an uptight man which I am not in real life," said Ankur.
Sarbjit will release on May 20.