Cannes 2016: In Which Aishwarya Tells Fashion Police to Troll Away

"Cannes Film Festival is two days away and I still don't know what I am wearing. You guys can troll me as much as you want but the fact is I have just been too busy," she said 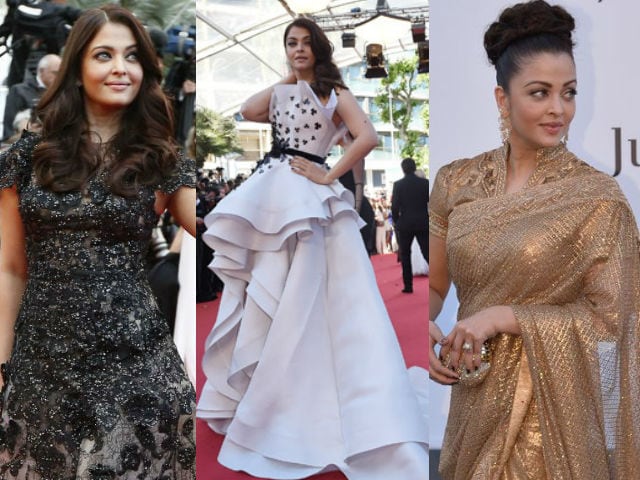 You've gotta hand it to Aishwarya Rai Bachchan. The 42-year-old actress, who completes 15 years at the Cannes Film Festival, is just days away from the world's cruelest red carpet but hasn't yet picked out a dress. Ash, who's been swamped doing press for her new film Sarbjit, said on Wednesday that she's not losing any sleep over her sartorial uncertainty and is prepared to be trolled for her eventual wardrobe.
In a conversation on a live video social platform, the actress spoke about how busy she's been promoting Sarbjit. "Cannes Film Festival is two days away and I still don't know what I am wearing. You guys can troll me as much as you want but the fact is I have just been too busy," she said.
Ash is one of the several celebrities who represents cosmetics giant L'Oreal at Cannes, a prestigious film festival where fashion, nevertheless, often threatens to overshadow the main event. The Cannes red carpet is not just one of the most glamorous but also the most scrutinized and criticized of showbiz fashion parades - not least because celebrities usually make multiple appearances.
Aishwarya Rai Bachchan, whose fashion report these last 14 years contains as many Fs as As, will walk the red carpet this year on May 13 and 14.
The Cannes Film Festival begun on May 11 and ends on May 22. Actress Mallika Sherawat, another veteran of the French Riviera, attended the opening ceremony in a Georges Hobeika dress. Aishwarya's fellow L'Oreal ambassador Sonam Kapoor will also be on the Croisette later this week.
Sarbjit, meanwhile, is Aishwarya Rai Bachchan's second film after her comeback last year in the poorly-received Jazbaa. Directed by Omung Kumar, the film is based on the life of Sarabjit Singh, an Indian farmer who was convicted of charges of terrorism and spying in Pakistan and died in prison. Aishwarya plays his sister Dalbir Kaur, who campaigned for decades to have her brother released. Randeep Hooda plays the title role and Richa Chadha appears as his wife. Sarbjit is slated to release on May 20.
Aishwarya's character in Sarbjit ages over the course of the film and, asked how her daughter Aaradhya responded to the trailer, she said: "She realised I looked very different, so I tried to make a joke about it and told her it's like playing dress up."