Aishwarya Wanted to be 'Discussed' For Her Purple Pout, Says Sonam Kapoor

"The whole idea of fashion and make-up is for people to discuss it and I guess she wanted to be discussed. She achieved what she wanted to achieve with it, which I think is great," said Sonam Kapoor 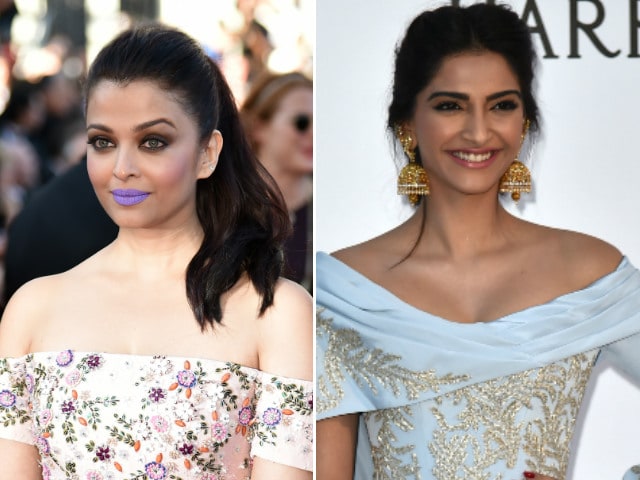 Aishwarya Rai Bachchan might say sporting purple lipstick at Cannes was a call taken by her cosmetic brand but Sonam Kapoor believes the Sarbjit actress opted for the shade because she wanted to be "talked about".
Aishwarya, who completed her 15th year at Cannes Film Festival this year, shocked one and all when she attended screening of her new film Sarbjit wearing a purple lip colour. 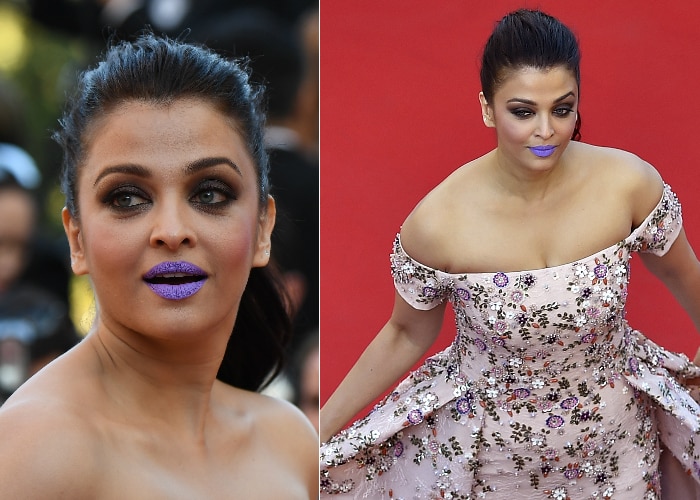 When asked what she felt about Aishwarya's purple lips outing and the reaction to it, Sonam said that the actress should be happy with the attention she got.
"The whole idea of fashion and make-up is for people to discuss it and I guess she wanted to be discussed. She achieved what she wanted to achieve with it, which I think is great," Sonam told PTI.
When told that Aishwarya has called it L'Oreal's prerogative, Sonam, 30, quipped: "I don't think she walked for L'Oreal that day. There was an Amul ad on it; people were discussing it. I think it was great to do it on the 15th year; it's cool. She was trending everywhere."
Sonam, who is also representing the cosmetic brand, said she liked the colour and felt Aishwarya carried it off with "an aplomb."
When asked if she would ever try a shade like that, the Neerja actress said, "I have done purple lipstick in the past, I have even done black for a shoot. People haven't spoken about me."
One of Sonam's red carpet appearances in a caped white Ralph & Russo gown was trolled on social media. 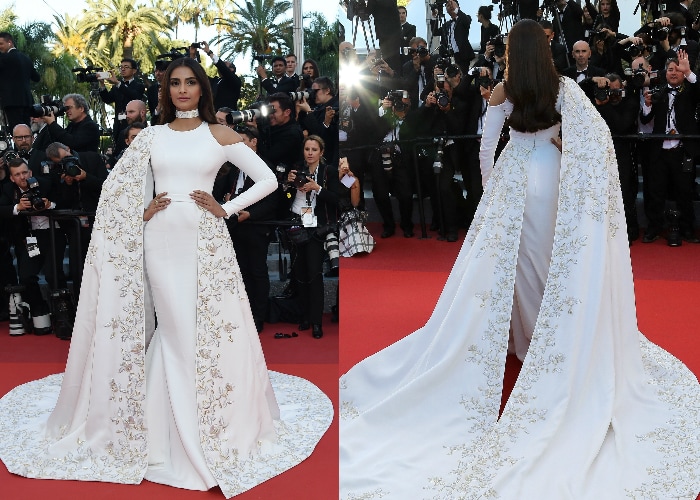 Unfazed by it, Sonam, who found the ensemble to be her best outfit, said, "There were just one or two people (who cracked jokes on the dress) but I think it was my most incredible look. I don't believe in taking anything personally. I dress for myself and I felt beautiful."
Interestingly, the actress made both her red carpet appearances in Ralph & Russo creations. 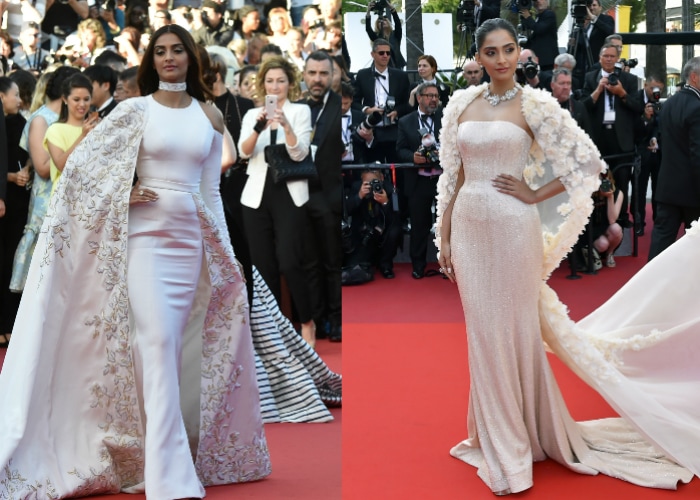 "They (Michael and Tamara) are very good friends of mine. I spent New Years with them. I wanted to do something Indian-inspired and they kind of love India and love me. That's why I did jhumkas and a sari-gown, which I think was incredible," said Sonam.
Fashion critics and young women keep a close eye on stars' red carpet outfits at Cannes but for Sonam, the festival is about broadening her horizon as an actor by meeting international artists.
"Meeting people across the world always broadens your horizon. Being a part of Indian film industry is like you are living in a cocoon. You don't feel like there's more to life than that," said Sonam.