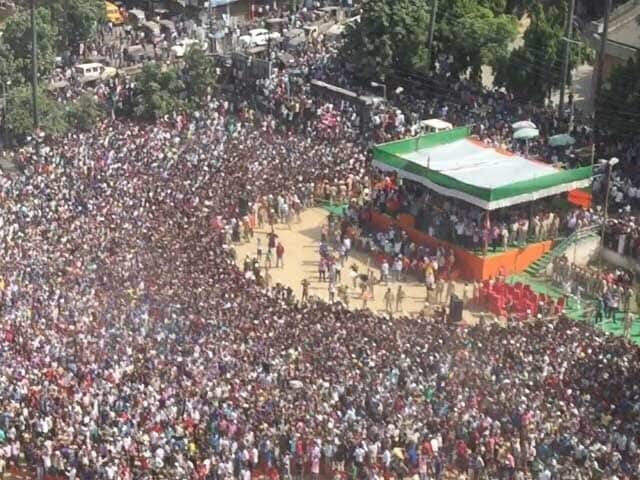 "Didn't expect such an overwhelming turnout at Bihar rallies yesterday (October 13), my request to administration for better arrangements next time," Ajay tweeted on Wednesday

After missing a chance to address a rally in Bihar due to an "overwhelming turnout" because of which his chopper couldn't land, actor Ajay Devgn feels the organisers were not prepared for such a large meeting and urged better arrangements in future. (Also Read: Ajay Devgn's Sons of Sardaar the Story of 21 Sikhs vs 10,000 Afghans)
Ajay, who was supposed to address a meeting in Biharsharif on support of BJP candidate Sunil Kumar earlier this week, just waved at the crowd from his helicopter which was reportedly not allowed to land on security grounds.
"Didn't expect such an overwhelming turnout at Bihar rallies yesterday (October 13), my request to administration for better arrangements next time," Ajay tweeted on Wednesday.
In fact, things went out of hand when Ajay's admirers resorted to violence and started hurling chairs and pelting stones. According to reports, around 15 people were injured as police had to lathicharge the crowd.
Later, Ajay took to Twitter to apologise to the people of Biharsharif and Nalanda for not addressing the rallies.
"Apologies for not being able to reach the rallies at Biharsharif and Nalanda since the administration did not give permission because of the unmanageable crowds," he tweeted.