Ajay Devgn Feels Bollywood Has Changed for Good Except One Thing...

"I think there was more warmth (in the industry). Everybody liked everybody. There were no problems and no issues...I miss that warmth. That's the major change, which I see today," added the actor, who was here to promote his forthcoming film Shivaay 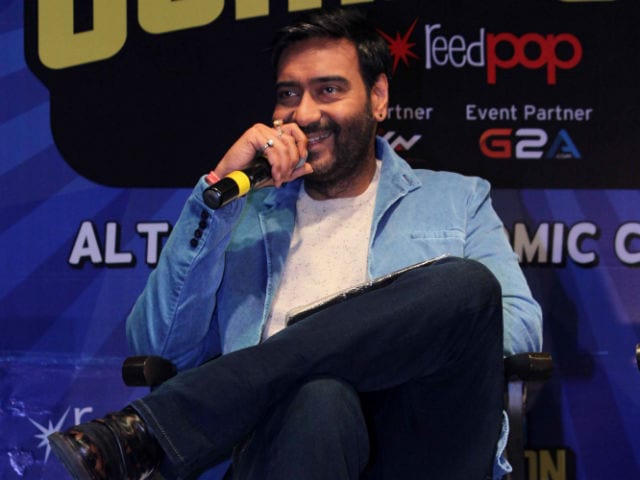 He has performed in films as different as Pyaar Toh Hona Hi Tha, Golmaal: Fun Unlimited, Raajneeti and Omkara. Actor Ajay Devgn, who is lauded for his versatile acting talent, says for him every role is challenging.
"I think every role is challenging (for me). As an actor, when you wake up in the morning and go on the sets you don't plan your day like 'today I am going to enter this genre'," Ajay said here at the fifth edition of CII Big Picture Summit 2016 on Tuesday.
Ajay, 47, shared that an actor has nothing to with a genre of a film and what matters is just performing in front of the camera.
"An actor has nothing to do with genre. He becomes that character when in front of the camera and performs," he added.
Ajay, who made his Bollywood debut over two decades ago with the film Phool Aur Kaante, says he has seen a good change in the Hindi film industry.
The National Award winning actor, who has worked in hits like Ishq, Hum Dil De Chuke Sanam and Drishyam, says that the industry has become very professional.
Asked if he has seen a change in the industry in his over a two-decade long career, Ajay said: "It's really changed. We (actors) have started taking our work very seriously and in 90's we all were doing...We weren't allowed shoot for more than 11 films....There were no promotions, no vanity vans...Everything has gradually changed. It's become more professional.
"I think everything has changed for the good except for one thing," he added.
But the Gangaajal star shared there was more warmth in the industry before.
"I think there was more warmth (in the industry). Everybody liked everybody. There were no problems and no issues...I miss that warmth. That's the major change, which I see today," added the actor, who was here to promote his forthcoming film Shivaay.
Ajay has acted in, directed and co-produced Shivaay. The film, which is slated to release on October 28, will clash at the box office with filmmaker Karan Johar's Ae Dil Hai Mushkil. The film also stars Sayyeshaa Saigal, Erika Kaar, Vir Das and Girish Karnad.
(Except for the headline, this story has not been edited by NDTV staff and is published from a syndicated feed.)