Ajay Devgn Was Asked About the KRK Phone Call Row. What He Said

During the trailer launch of his production venture Parched, the actor was asked about the matter. He avoided the question and said, "We're talking about good films so let's talk about good things as well" 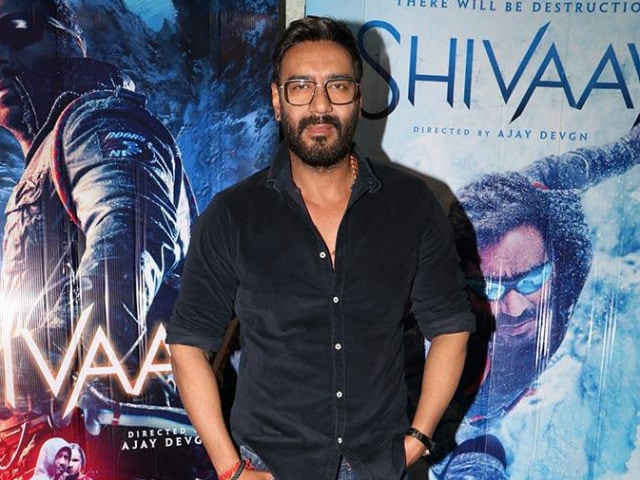 Headlines were made when Ajay Devgn shared on social media the now infamous phone recording of Kamal R Khan concerning his film Shivaay and Karan Johar's Ae Dil Hai Mushkil, which will clash at the Box Office this Diwali.
During the trailer launch of his production venture Parched, the actor was asked about the matter. He avoided the question and said, "We're talking about good films so let's talk about good things as well."
For the uninitiated, the Singham actor alleged KRK of negatively promotion for Shivaay. In the phone recording KRK claimed he is being paid Rs 25 lakhs to tweet in favour of KJo's Ae Dil Hai Mushkil.
The self-proclaimed film critic however denied the accusation in a press conference, which he held to address the issue.
When Ajay was asked about the clash between Shivaay and KJo's film, he said: "We'll talk about this when the time comes."
Talking about Parched, which was premiered at the Toronto International Film Festival last year, the 47-year-old actor said, "It is sad that we had to show this movie abroad first, we hope people like it here as well."
The movie revolves around life of four women, who live an unwanted life in a village of north-western region of India, which still suffers from age-old issues like child marriages, spousal and marital rape. It tells the story of their standing up for themselves.
The movie starring Tannishtha Chatterjee, Radhika Apte, Surveen Chawla, Adil Hussain, Sayani Gupta and Sumeet Vyas is set to release on September 23.