Akshay Kumar says Arshad made it easy for him to play the character in Jolly LLB 2. 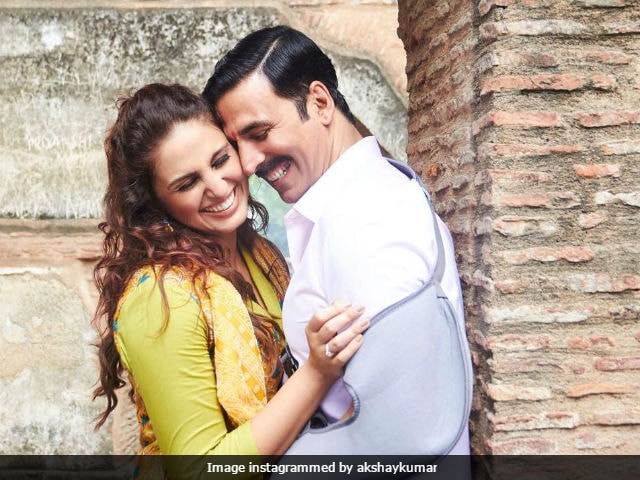 Akshay Kumar, who is set to play a lawyer in his upcoming film Jolly LLB 2, has credited the Arshad Warsi for making his character popular. The film which is a sequel to the 2013 courtroom drama Jolly LLB is slated to release this Friday. Akshay Kumar told news agency IANS that the Ishqiya actor made playing Jolly easy for him. "I didn't do much preparations for this role because I'm from north India only and my language is kind of similar to that of Uttar Pradesh and I have a good command over Hindi," Akshay told IANS at a promotional event of the film.
The 49-year-old actor added: "Also, Arshad, who played Jolly in part one, made it easy for me to play the character. I already knew that how I was going to play the character. Also, my director has been a political journalist. He comes with a great experience. I just followed his vision."
The actor also told IANS that the film has "verbal actions." "The action in this film is verbal. It's happening inside the courtroom. Everything in this film is based on realism," he said.
On being asked about his journey during the filming of the movie, Akshay Kumar said: "We shot the film in Lucknow and liked it a lot. While shooting we didn't face any problem. Lucknow is a very friendly place to shoot. It was a great moment that I shot in Lucknow. In fact, I shot my next film Toilet: Ek Prem Katha in Mathura. There also I didn't face any problem."
Jolly LLB 2 directed by Subhash Kapoor, also features Huma Qureshi, Saurabh Shukla and Annu Kapoor in lead roles. Akshay Kumar was last seen in 2016 movie Rustom. His other upcoming films this year are - Toilet: Ek Prem Katha, Robot 2.0 and Padman
(With IANS inputs)