Akshay is in Jolly LLB 2 Because Makers Need a Big Star: Arshad Warsi 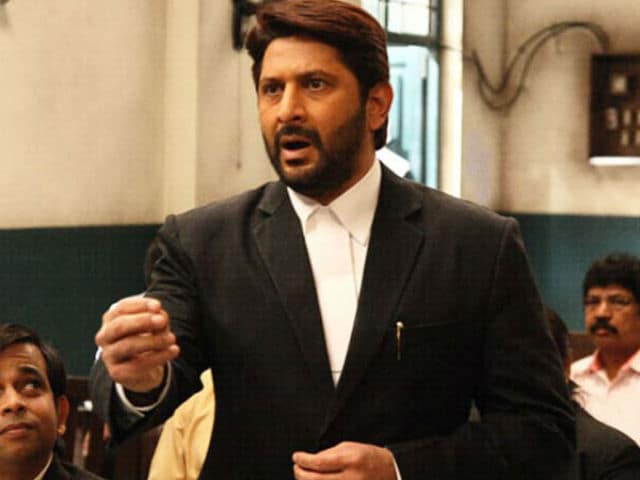 Arshad Warsi in a still from Jolly LLB.

Actor Arshad Warsi said that producers wanted a "bigger star" for Jolly LLB 2, which is a sequel to his film Jolly LLB and that is why they chose Akshay Kumar.
Jolly LLB 2, to be directed by Subhash Kapoor, is produced by Fox Star Studios.
When Arshad was asked why he isn't doing Jolly LLB 2, he told IANS: "I am not doing it. Akshay is doing it. I was supposed to do it, but Fox Star Studios needed a bigger star, so they chose Akshay."
"It makes it easier for marketing. It makes it easier to have a hit. With me, you (the filmmakers) have to make a good film, so that is the problem. You can make money with me only if it's a very good film," said Arshad.
"If you have a bigger star, then even if the film is not that good, you still manage to cover the money. So the risk factor from the producer's point of view is less," he added.
Does he feel bothered?
"Yes it bothers me a little bit, but not that much. I always believe that you do what you deserve to or what you should. I was the one who convinced Subhash to go ahead and do it because he was not willing to," said Arshad.
"I said Akshay is a damn good actor and he will give you what you want. He has got the capability of converting him (Akshay) from a muscular macho man to an ordinary man to get beaten up and it will work like magic," added Arshad.
He feels that "with Akshay, even Subhash gets a bigger budget." "Even he gets more money to work and life becomes easier for him," Arshad said.
The sequel will reportedly be shot in Lucknow and Varanasi. It is scheduled to release on February 10, 2017.
(Except for the headline, this story has not been edited by NDTV staff and is published from a syndicated feed.)