Akshay tweeted a photograph of himself with Bhumi in which the actress is wearing a red sari and vermillion on her forehead and Akshay is seen sporting a moustache. The two are seen posing in front of a toilet. "A very good morning from Bhumi Pednekar and me from the sets of 'Toilet: Ek Prem Katha' First day it is...need your best wishes," Akshay tweeted on Sunday 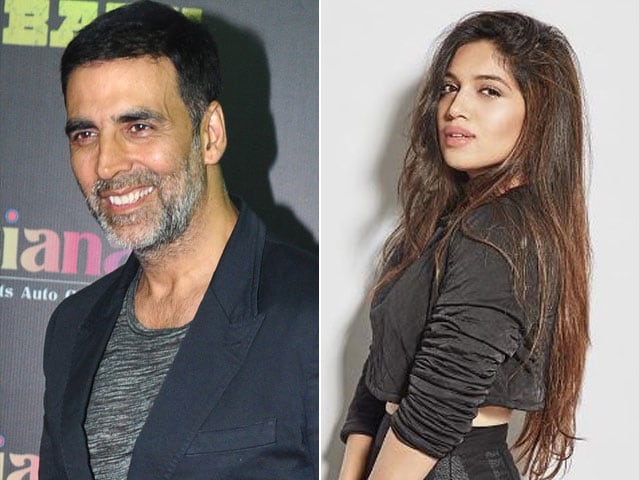 Image on the left was posted on Instagram by psbhumi

Actors Akshay Kumar and Bhumi Pednekar have started shooting for their upcoming film Toilet: Ek Prem Katha.
Akshay tweeted a photograph of himself with Bhumi on Sunday to announce the news:


A very good morning from @psbhumi and me from the sets of Toilet - Ek Prem Katha! First day it is...need your best wishes pic.twitter.com/ouumNwfl1A

Bhumi, who made her debut in acting with the National Award winning film Dum Laga Ke Haisha, retweeted the picture and captioned it:


Hello from @akshaykumar ,me and our most trusted friend the https://t.co/1EMllJNl0k start and a new Prem katha - #ToiletEkPremKathapic.twitter.com/AjCxBBBMiR

It was earlier reported that the film is based on Indian Prime Minister Narendra Modi's Swachh Bharat Abhiyan. The film will be a light-hearted comedy revolving around this campaign directed by Neeraj Pandey.
(This story has not been edited by NDTV staff and is auto-generated from a syndicated feed.)