"All power to Sonakshi for pushing boundaries... Directors see you for all your worth. Can't wait for this," Akshay Kumar tweeted. 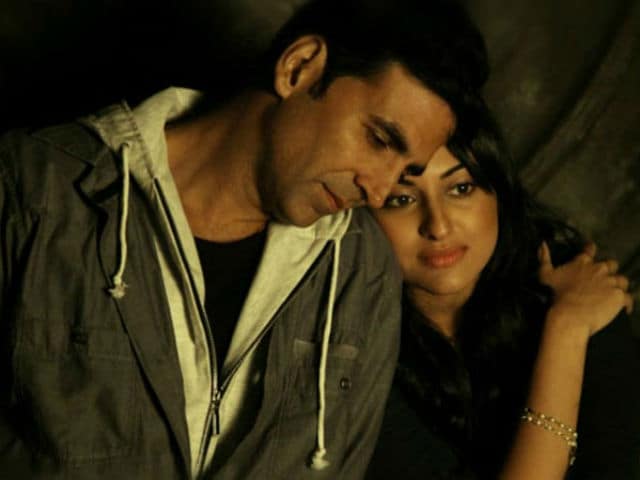 Akshay Kumar and Sonakshi Sinha have worked in films like Rowdy Rathore, Holiday: A Soldier Is Never Off Duty and Once Upon a Time in Mumbai Dobaara!

Action star Akshay Kumar has lauded actress Sonakshi Sinha for her upcoming film Akira.
Akshay tweeted that he cannot wait to watch the film, in which the actress will be seen performing martial arts.


All power to Sonakshi 4 pushing boundaries & making hero orientated Directors see u 4 all ur worth #CantWaitForThispic.twitter.com/ayhX8tvdpR

Akshay has shared screen space with Sonakshi in films like Rowdy Rathore, Holiday: A Soldier Is Never Off Duty and Once Upon a Time in Mumbai Dobaara!.
Directed by AR Murugadoss, Akira will be releasing on September 2.
Akira will be the 29-year-old actress's second film with Murugadoss after Holiday: A Soldier Is Never Off Duty.
The film also features her father and actor-politician Shatrughan Sinha.