Akshay Kumar Delivers Another 50 Crore Weekend With Singh Is Bliing 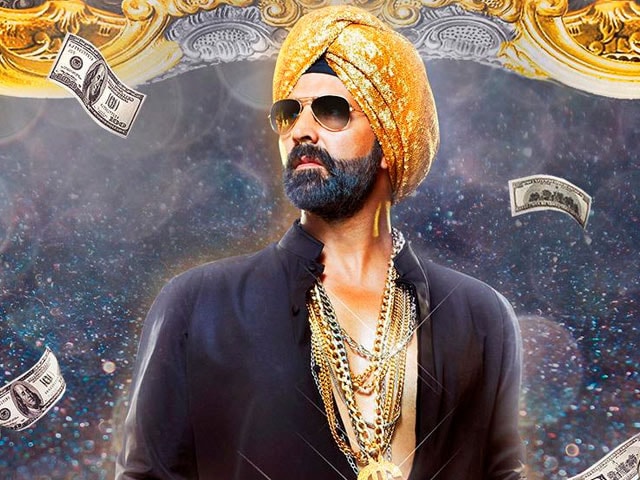 A poster of Singh Is Bliing.

Akshay Kumar's Singh Is Bliing lit up the box office in its opening weekend. Despite the blockbuster competition from Akshay's film, last Friday's other release Talvar also acquitted itself with honours, making a respectable Rs 9.25 crores over the weekend

Diwali has put in an early appearance for Bollywood, what with Akshay Kumar's Singh Is Bliing lighting up the box office in its opening weekend. The action-comedy has made almost Rs 55 crores in its first three days, with opening Friday figures adding up to Rs 20 crores and Sunday bringing in almost that much.
Trade analyst Taran Adarsh, who had predicted an escalated Sunday, tweeted:

This is Akshay's second 50 crore weekend in a row after Brothers, which released in August. Singh Is Bliing, which also stars Amy Jackson and Lara Dutta, is Akshay's fourth hit this year after Baby, Gabbar Is Back and Brothers, and also his biggest opener. (Also Read: Less Bliing For Akshay and More for Talvar on Day Two)
Despite the blockbuster competition from Akshay's film, last Friday's other release Talvar also acquitted itself with honours, making a respectable Rs 9.25 crores over the weekend. Directed by Meghna Gulzar, Talvar is based on the Aarushi Talwar murder case and stars Irrfan Khan and Konkona Sen Sharma.
After spending the first few months of 2015 lamenting dismal bottomlines, Bollywood's profit margins have been rescued by a series of films that have made over or close to Rs 100 crores.
The rest of the year also includes potentially big hitters like this week's Jazbaa which is Aishwarya Rai Bachchan's comeback film, Salman Khan's Diwali offering I>Prem Ratan Dhan Payo, Tamasha starring Ranbir Kapoor and Deepika Padukone, and an almighty December clash between Shah Rukh Khan's Dilwale and Bajirao Mastani, starring Ranveer Singh, Deepika and Priyanka Chopra.