In the video, Akshay talks about an unforgettable moment while shooting for the film. For a particular sequence that had to be shot in a jail, Akshay's costume assistant played the heroine's part for a rehearsal 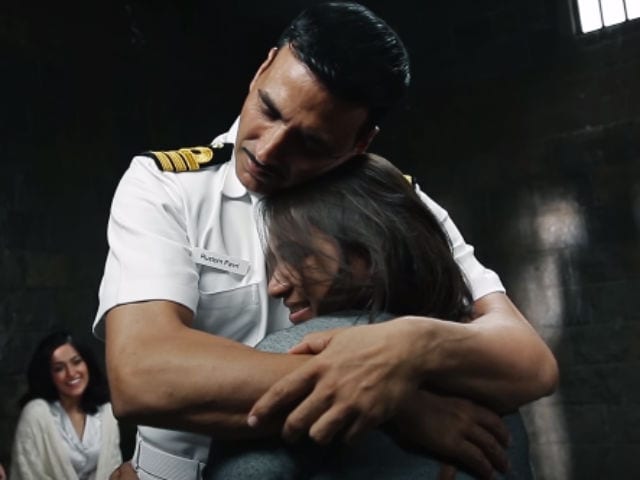 A still from the video.

Actor Akshay Kumar is gearing up for the release of his new film Rustom, and on Friday, the 48-year-old actor shared a video which was filmed while he was shooting for Rustom.
In the video, Akshay talks about an unforgettable moment on the sets of Rustom. For a particular sequence that had to be shot in a jail, Akshay's costume assistant played the heroine's part during the rehearsal.
As the song played in the background, Akshay transformed into his character but his costume assistant absolutely couldn't stop blushing. Ileana D'Cruz (who plays Akshay's wife in Rustom) and the crew, who were also present while the scene was being filmed, couldn't stop laughing. Akshay then kissed his costume assistant's hand and hugged her. And cut.
Now, we won't say anything more. You have to watch the fun.

In Rustom, Akshay Kumar plays Naval commander Rustom Pavri, a fictionalised version of K M Nanavati who was tried and acquitted for the murder of his wife's lover, leading to the scrapping of India's jury system.
Rustom, which also stars Esha Gupta, will release on August 12, clashing with Hrithik Roshan's Mohenjo Daro.