Suniel Shetty, who co-starred with Akshay Kumar in films like Dhadkan and Hera Pheri, told news agency IANS that the 49-year-old actor is a deserving winner of the Best Actor National Film Award this year 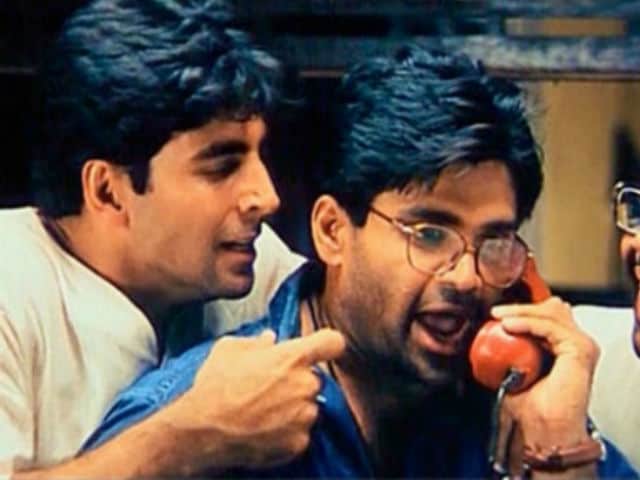 A still from Hera Pheri

Actor Suniel Shetty, who co-starred with Akshay Kumar in films like Dhadkan and Hera Pheri, told news agency IANS that the 49-year-old actor is a deserving winner of the Best Actor National Film Award this year. On April 7, Akshay Kumar won his first National Award for Best Actor for his performance in 2016 movie Rustom. However, Airlift actor's win was questioned by many on social media. Several people attributed his win to his close proximity with filmmaker Priyadrashan, the chairperson of the feature film section for the National Film Awards. The duo have worked together in films like Bhagam Bhag, Bhool Bhulaiyaa and Garam Masala.
Speaking to IANS, Suniel Shetty said that one should look at Akshay Kumar's career graph rather than just one film.
"This is completely wrong. Akshay has given so many hits. Why are you looking at just one film? Look at his career. He has been there for more than 100 films. He deserves the honour. Maybe he has been given this honour looking at his graph and growth in films over the years. There are very few actors who give respect to the uniform when they get into it. Akshay is one of them," IANS quoted Suniel Shetty as saying.
Suniel Shetty added: "When in the beginning his 13 films didn't work, many said that Akshay is finished and his career is over. But, now he is giving Rs 100 crore films every time. Akshay needs to forget this and doesn't need to feel bad about it. If not for Rustom, then think that he has got the award for Airlift."
Suniel Shetty, who was last made a cameo appearance in 2014 movie The Shaukeens, is currently gearing up for his TV show India's Asli Champion... Hai Dum.
(With IANS inputs)