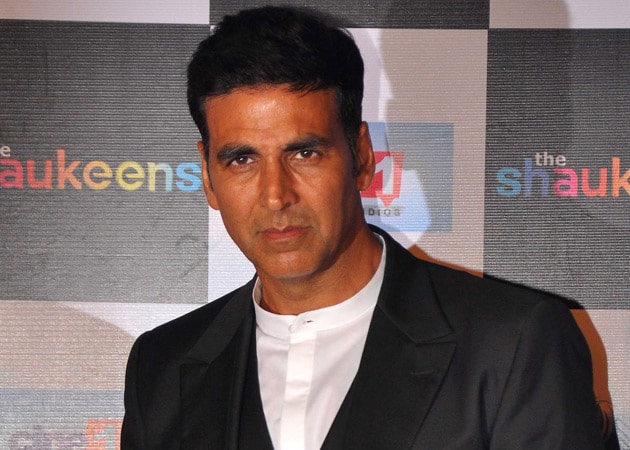 Akshay Kumar will be next in The Shaukeens.

Actor Akshay Kumar says the Rs100-200 crore clubs in Bollywood do not excite him as an actor anymore.

The 47-year-old star, who is behind hits including Entertainment, Holiday, Special 26, OMG - Oh My God! , says he wants to take risks as a producer-actor.

"I do four films in a year. And I do that quite easily and I get a lot of holidays. I always reach on time on sets. So why shouldn't I do four films? I like to do new things in films. I don't look out for Rs 100-200 crore clubs. I love to take on risky stuff that I see as creatively satisfying." Akshay will start his next project with Karan Johar.

Titled Brothers, the film also has Sidharth Malhotra. "I am going to start my schedule in Brothers. I have lost about 10-kg for this role. Sidharth has gained 10-kg. He has bulked up and is looking great. And as his brother I am supposed to look weak in front of him," he said.

Akshay, who would be seen in a guest appearance in his upcoming production venture The Shaukeens, says he does not want to do hero-centric films as he is bored of such films.

"I don't want to do only hero films. I have to change myself because I get bored. I just can't do films like Rowdy Rathore again and again. There are films like Gabbar, Baby and Airlift where I will be seen in different roles," he said.

The Khiladi star has wrapped up the shooting of director Neeraj Pandey's action-thriller Baby in just 32 days. "Neeraj has worked on the film for one and a half years and he must have made 10-12 drafts of the film. He has completed the film in total 50 days," he added.