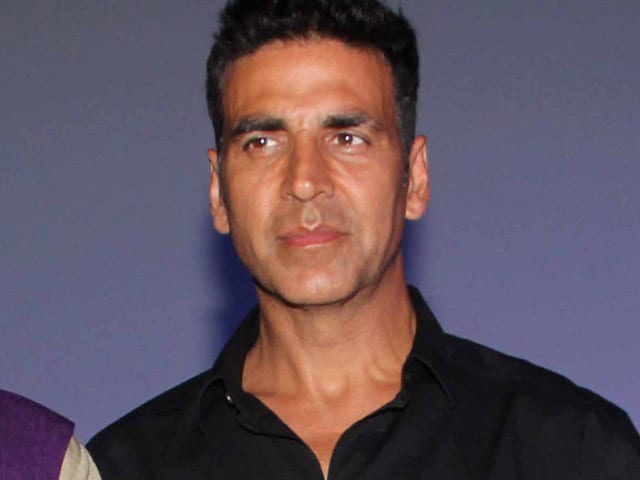 Akshay Kumar photographed at an event in Mumbai.

Akshay Kumar, whose film Singh is Bliing hit the screens on October 2, said "Bling is not about wearing expensive jewellery. It means to be a jewel for your family and for your country." The film directed by Prabu Deva, also features actor Lara Dutta, Kay Kay Menon and Amy Jackson

Bollywood star Akshay Kumar said that the term "bliing" in the title of his new film Singh is Bliing, stands for a person's responsibility for one's family and country, and has nothing to do with wearing expensive accessories.
Akshay said: "Bling is not about wearing expensive jewellery. It means to be a jewel for your family and for your country." (Movie Review: Singh is Bliing)
Singh is Bliing reunite of Akshay and director Prabhu Deva after their superhit film Rowdy Rathore.
Akshay hopes the audience likes their new film too. "This is a complete family entertainer. It has comedy, thrills and family values. In the film, my character is scared of his father. He follows, does things what his father asks him to do and also has problem regarding focus in life," the actor said. (Also Read: Akshay Kumar on Shooting With an Actual Singh)
The film also features Amy Jackson, Lara Dutta and Kay Kay Menon in pivotal roles.