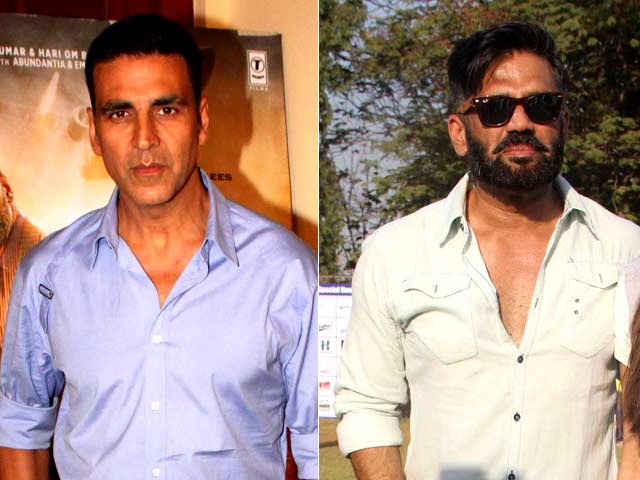 Actor Suniel Shetty said that Akshay Kumar has carved a niche for himself in the patriotic genre due to his 'fauji'-like personality and clean image.
With Akshay, Suniel has worked in films like Dhadkan, Hera Pheri and Phir Hera Pheri.
"Akshay is a very versatile actor. Whether it is in Baby, Airlift, or Holiday, he has carved that niche for himself because he looks like an officer and a gentleman," said Suniel. (Also Read: Akshay's Airlift Gets 'Superb' Reviews on Twitter, He is 'Overwhelmed')
"There are very few actors, who have a personality like this. You can term them as a fauji or one, where you feel that this man will do something for the country. He has a clean image, a great personality and a brilliant actor," he added.
Suniel also acted in patriotic films such as Border, LOC Kargil and Refugee.
"I always thought that if 10-12 J P Duttas are born, then it'd be great because no one else has the courage to make films like him. Such films will be made and I'm happy that such films are being made and given a push. If you see this carefully, good films have worked and not big films," he added.