Akshay Kumar is the new Boss of posters 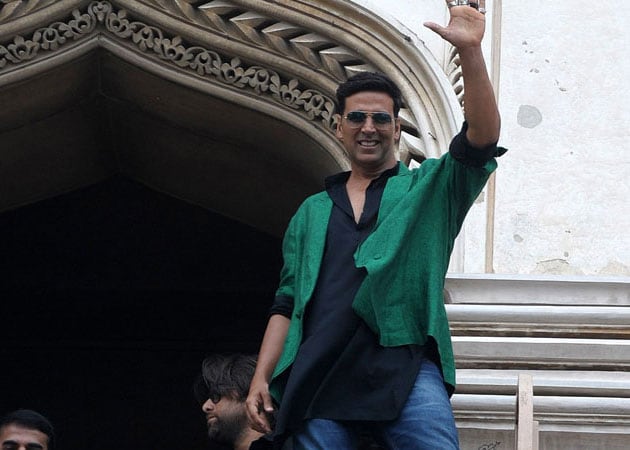 Bollywood star Akshay Kumar will unveil his film Boss's poster - the world's largest - in Mumbai on Tuesday (October 15).
At 193 feet and 1 inch wide and 180 feet and 2 inches tall, the poster of Boss is the new Guinness World Record-holder for being the largest poster in the world, replacing Michael Jackson's docu-concert film This Is It.
Akshay will unveil the special poster in the presence of his fans at the Andheri Sports Complex on October 15.
The actor said "It's a matter of honour. I thank everyone who made this possible."
Created by a group of Akshay's fans' called 'Team Akshay', the poster was first unveiled at the Little Gransden Airfield, Britain on October 3. It took four months to make.
Boss is an action drama directed by Anthony D'Souza.