Akshay Kumar is Trending on Twitter Because of This Video. Watched Yet?

Akshay, who features bespectacled and with squinted eyes, appears to be explaining a sequence in the video. Akshay makes an imaginary frame with his hands and acts typically director-like 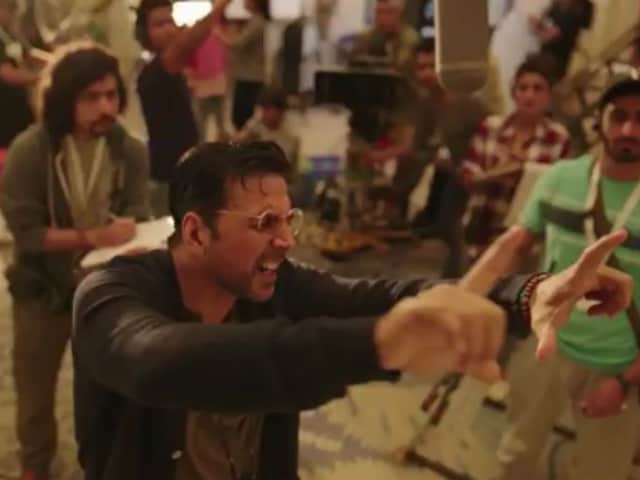 A still from the video shared by AkshaySolapurFC.

On Monday, arrives yet another funny video of Akshay Kumar. A seven-second-long clip featuring Akshay is being highly shared by the Khiladi fans on Twitter.
Akshay, who features bespectacled and with squinted eyes, appears to be explaining a sequence or a shot in the video. Akshay makes an imaginary frame with his hands and acts typically director-like.
Now, Twitter is left confused. Some folks want to know what the context of the video is while others are rather happy that may be Akshay will take the director's chair soon.
Watch Akshay in action:


@akshaykumar behind the camera for his directorial debut! Watch this space for more #Akshaybanadirector updates! pic.twitter.com/77FMxcUucG

@1985luckygal@akshaykumar I'm very happy that he is now director #Akshaybanadirector

Just where I wanted to see you and excel
Way to go...reach for the stars.. YOU ROCKSTAR #Akshaybanadirector

Being a die-hard akki fan, this is best news for me.
Hopr you all akkians are damn happy too.
Looking 4ward 2 know more #Akshaybanadirector

Are you a fan of Akshay Kumar ?? Then, get ready to see him in a new avatar #AkshayBanaDirector

He is a pool of talent, actor, producer aur ab #Akshaybanadirector , isn't it great ?

Meanwhile, Akshay, who was enjoying his birthday week in Maldives, shared envy-inducing pictures from the vacation.


Soaking in all the goodness of the sun and the sea...one last stroll before we bid goodbye. Maldives you will be missed!