"We did three films together and all were different from each other. We plan to work together. We are working on something," said Akshay Kumar 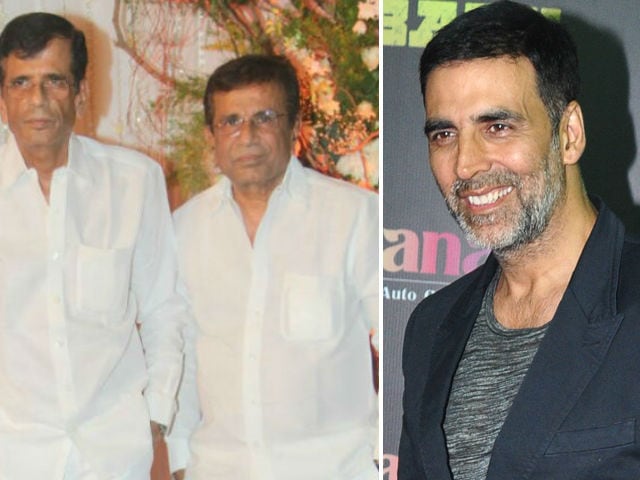 Abbas-Mustan are planning to team up with their Ajnabee star Akshay Kumar once again.
It was due to Abbas-Mustan that Akshay got the nick name of Khiladi Kumar. The duo directed the 49-year-old star in 1992 hit film Khiladi. They later teamed up for Ajnabee and Aitraaz and both did well commercially.
"We did three films together and all were different from each other. We plan to work together. We are working on something," the duo told PTI.
They are also looking forward to the release of their next film Machine that marks the acting debut of Abbas's son Mustafa in Bollywood as an actor.
Asked if special care has been taken for this project, the directors say, "Whenever we make a film we give same amount of efforts, hard work and attention. This film is no different. It is in post-production stage. We are looking at a good release date next year. We plan to launch him in grand way."
The romantic thriller also stars Kiara Advani in the lead.
(Except for the headline, this story has not been edited by NDTV staff and is published from a syndicated feed.)