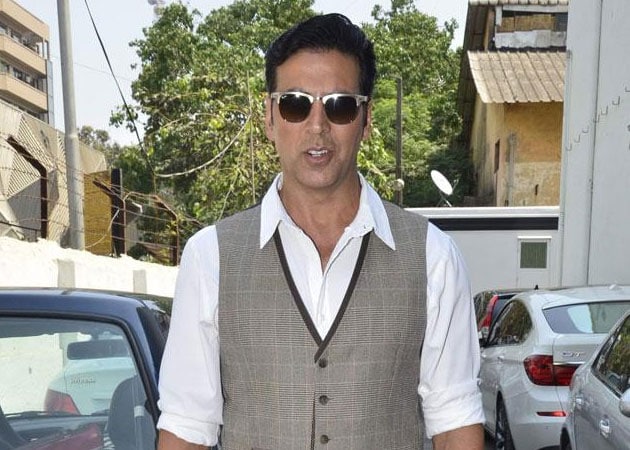 Akshay is known to lead a disciplined life

Akshay Kumar can manage multiple film projects and a TV show with ease. The actor says time management is easy if you love your work.

Akshay Kumar can manage multiple film projects and a TV show with ease. The actor says time management is easy if you love your work.

Touted as Bollywood's action titan, Akshay is ready to make a comeback to TV with a unique dance-based reality show Dare 2 Dance and he's excited about it.

But where does he find the time to take up TV projects especially when he does three to four films in a year?

"I am doing TV after a long time, but even that's not acceptable," Akshay, who has earlier hosted MasterChef India and multiple seasons of Fear Factor - Khatron Ke Khiladi, said in a jocular tone.

About time management, he said, "There are 24 hours in a day. Sleep for eight hours, exercise for two hours and the rest of the hours you have with you to do what you want. There's enough time for everything. There's no rocket science to it."

An early riser, the actor is known to lead a disciplined life and he wakes up at 5 am regularly.

Asked about the source of his energy, he quipped, "Chyawanprash", referring to the healthcare product.

On a serious note, he said, "If you enjoy your work, energy comes on its own. If your work becomes your passion, you get the energy automatically."

The actor was recently busy shooting for Life OK's Dare 2 Dance in Cape Town, South Africa, and he came back to the country on Tuesday.

On Wednesday, he launched the show in the capital, where he's also now reportedly going to be busy shooting for a film.