Akshay Kumar on board for Commando 2? 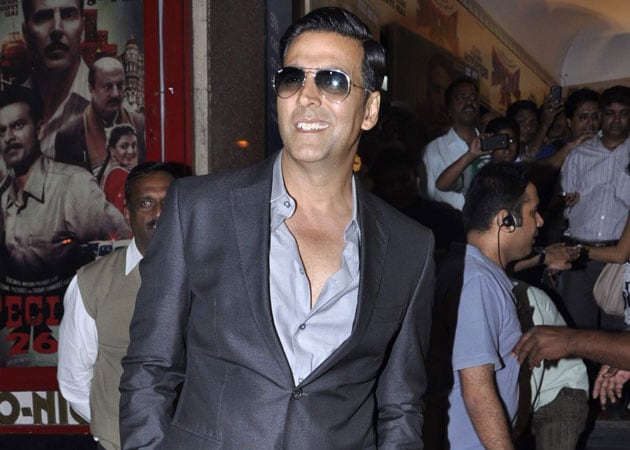 Akshay Kumar will next be seen in Once Upon a Time in Mumbaai 2.

While Vipul Amrutlal Shah is busy writing Namaste London sequel, which he will start early in 2014, he continues his bonding with Akshay Kumar with Commando 2.

While Vipul Amrutlal Shah is busy writing Namaste London sequel, which he will start early in 2014, he continues his bonding with Akshay Kumar with Commando 2.
Known to have worked with Akshay in a number of films like Waqt: The Race Against Time and Singh Is Kinng, Vipul Shah decided to work with Vidyut Jamwal in action-packed Commando. But for Commando 2 he will collaborate with his favourite actor Akshay, but on a different level.
Currently shooting with Akshay, he plans to bring him into the sequel of Commando as a consultant and adviser.
"According to me, Akshay is the best action hero in the country. He was the most excited when we started Commando with Vidyut and, in fact, we'd have liked Akshay to be more participative in Commando. However, he was too busy. But now in Commando 2, we definitely intend to bring Akshay in," said Shah.
Though he doesn't reveal plans, one understands that Akshay would be supervising some of the stunts in Commando 2 and also guiding Vidyut.
Said Shah: "Akshay and I don't need to explain our association to the cynics and trouble-makers. I am not insecure about him at all. Our relationship has withstood the test of time."
As for next directorial venture, the producer-director lets out, "We are working on a project that I will direct. But at the moment I am on the locations of the Hindi remake of Tamil hit Thupakki every minute of the schedule."
"Of course, director Murugadoss is completely capable of looking after the project. But I as the producer have to be there to ensure that my director's vision is not compromised in any way."
"At the moment we are shooting on the Mumbai streets and I noticed that the cars on the streets were not posh enough. I ordered 20 imported cars to give the street a sleek appearance. Things have to be constantly taken care of. So you see, I am shooting with Akshay even now although I am not directing him," he added.
He also lets the cat out of the bag when he says the reason for his next directorial venture's delay is the Murugadoss' film.
"Murugadoss needed 150 days from Akshay. After giving that kind of time, Akshay has no space for my film. That's why I direct him next year."
While Shah won't reveal more about his directorial venture, we can tell you this much in advance that it will feature Akshay and Vidyut together.